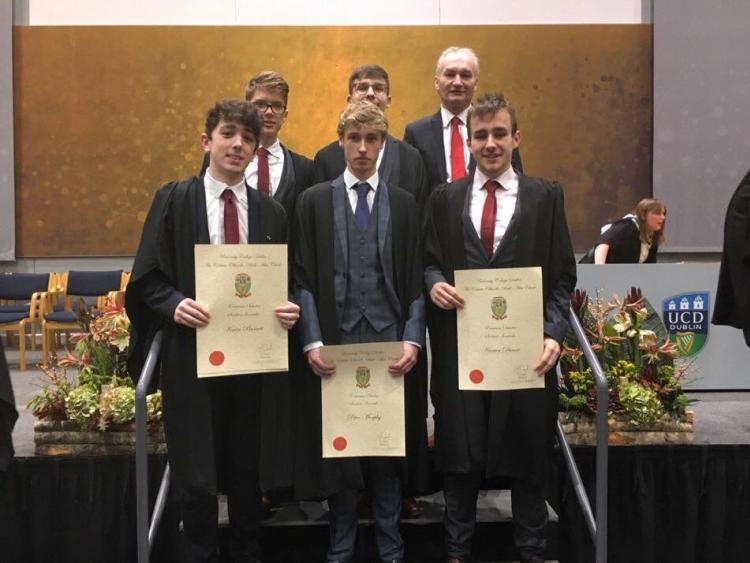 Among the proud recipients of the 2016 UCD Entrance Scholars Awards were five former students of CBS Kilkenny. On November 17th 2016, these young men, accompanied by Principal Tom Clarke, received their awards in O'Reilly Hall, UCD. In order to qualify a student must attain in excess of 560 CAO points in the Leaving Certificate exam.

Meanwhile, on Saturday November 19 2016, Jack Lawlor was awarded a JP McManus All Ireland Scholarship at University of Limerick. There to accompany Jack was his family and CBS Kilkenny Principal Tom Clarke. Minister of State for Tourism & Sport, Patrick O'Donovan was there to salute the award recipients and to congratulate their families and schools. The special guest on the day was none other than the inspirational rugby captain and player, Paul O'Connell.

During the awards, the contribution of many partners to the success of the scholars was recognised and feted - their schools, the principals, their families and of course themselves. It is nine years since the inception of the awards scheme, and to date 1121 scholars have benefited from JP McManus' philanthropy and generosity. Jack is now studying Law and Social Justice at UCD.