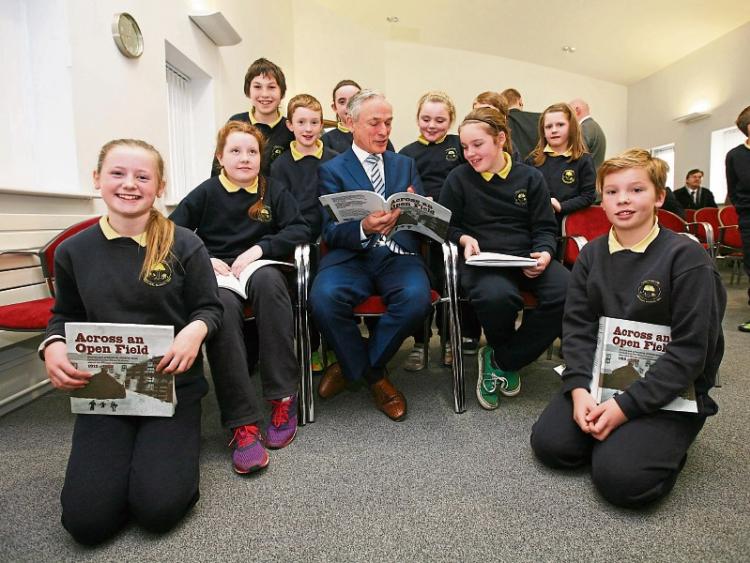 Students at Lisnafunchin National School got to explore history and produce a fantastic new book focusing on the period 1912-1922 with a Kilkenny lens.

'Across an Open Field' is the first Irish history book written and illustrated by children. Twenty-six children from third to sixth class in Lisnafunchin contributed to the book.

The book looks at local heroes and the role of blood relations during World War I and the Easter Rising, giving personal insights and accounts.

Lisnafunchin NS engaged local historian Paddy Dowling to support them in their research, and the children worked alongside their teacher Conor Doyle, writer Mary Branley and artist Ann Donnelly.

Readers will learn about Kilkenny-born Michael Byrne who survived the sinking of the Lusitania by the German Navy in 1915, and the fourth battalion of the Irish regiment from Kilkenny who volunteered to dig the graves for the dead passengers.

The children were excited to research pioneer aviator, Denys Corbett Wilson, who flew on test runs over Kilkenny before becoming the first person to complete a flight between Great Britain and Ireland in 1912.

Eva Lawless (fourth class) and Amy Lawless (sixth class) discovered that their great grandmother used to hide guns and bullets in her shop on Grafton Street during the Easter Rising. You can read about the Nolan brothers, from Castlecomer, who fought inWorld War I:

“When their cousin John came home from the war, Jack and Micheal’s mother got really mad at him because he went on to the side that killed her sons.”