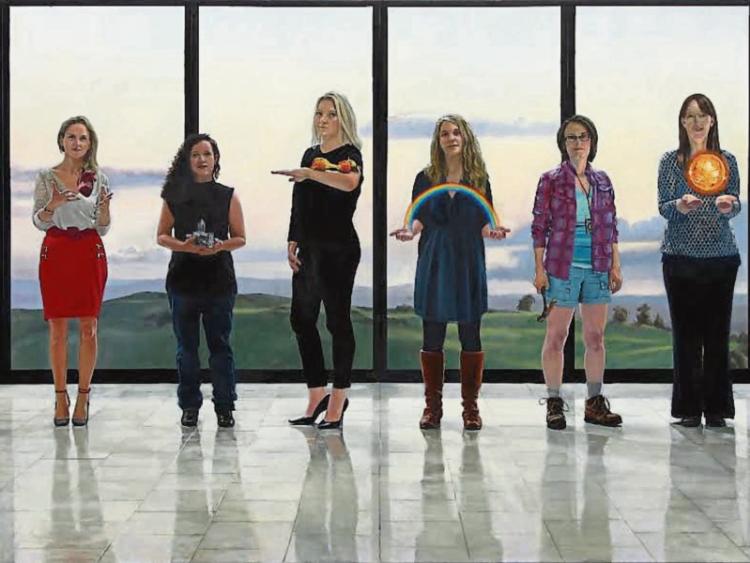 Between playing with his band and continuously reinventing himself - pushing the boundaries of his own seemingly infinitesimal abilities, it's hard to know where Blaise Smith gets the time.

The Dungarvan village based artist has just completed another seminal piece of work - Part of the Accenture Women on Walls campaign.

His portrait, part of the campaign, is of a group portrait of eight female scientists, who are recipients of the European Research Council Starter Grants 2012 – 2015 and have been chosen as representatives of a generation of outstanding young female scientists working in Ireland today.

One is Kilkenny woman, Aoife Gowen, an Associate Professor in the UCD School of Biosystems and Food Engineering - She's the one holding a rainbow in the painting.

Their areas of expertise include light and solar panels, genetics, human aging, immunology and bio medical engineering among others.

Tánaiste and Minister for Justice and Equality, Frances Fitzgerald TD unveiled the portraits at an event hosted in Academy House, where the academics and family members of all the portrait subjects gathered to celebrate.