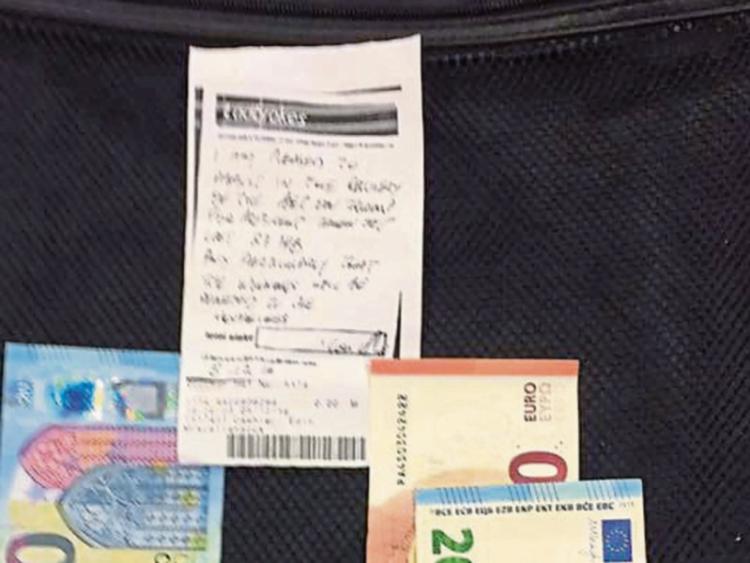 Donald Trump, a Kilkenny cardiologist, Dr Michael Conway and the homeless are an unlikely combination?

Dr Conway, who runs, the famous Hole in the Wall establishment on High Street, Kilkenny felt that if a man (Trump) could employ 400 people at peak season in the wilds of west Clare he was a serious consideration for the Oval Office.

However because it was a guilt bet, he decided to donate the winnings (if successful) to the homeless.

“It became evident that Trump had figured out how to get the media to give him the required wall-to-wall headlines - as he focussed on hoovering up the attention of the backwoods folk of West Virginia,” Dr Conway said.

“The likelihood of a win increased when Kellyanne Conway (nee Fitzpatrick) was taken on as campaign manager by Trump. And yet the possibility of a wipeout surfaced in equal measure as the various scandals surfaced,” he said.

Wagering a bet for the first time with Ladbrokes was a bit of an experience for the medic. In February, Trump was at 5 to 2 and Dr Conway placed the bet.

However, he lost the betting slip and thought his bet was gone with it. He was told, but didn't really believe, that Ladbrokes would honour the bet and he went to their office on High Street where, against the odds, a copy of the bet was located.

On hearing about the superb work at Brú na bhFiann in Smithfield, Dublin where volunteers help homeless ex-soldiers of the Irish Defence Forces, Dr Conway thought that donating to the cause would ease his guilt about voting for Trump.

Dr Conway said that the story of Brú is instructive because it offers a method whereby individuals can channel funds to help less fortunate individuals. “And while gambling on Trump is not to be condoned, sometimes the outcome can be heart warming, especially as we enter the festive season,” he said.

And what’s the link between the Hole in the Wall and the White House? Well, both were built by Kilkenny men in centuries past - the former by Martin Archer (1582) and the latter by James Hoban (1792).

“Almost every therapeutic decision we take as medics is a gamble of sorts. Usually better than 5 to 2 in respect of a therapy or procedure working, though,” said Dr Conway.