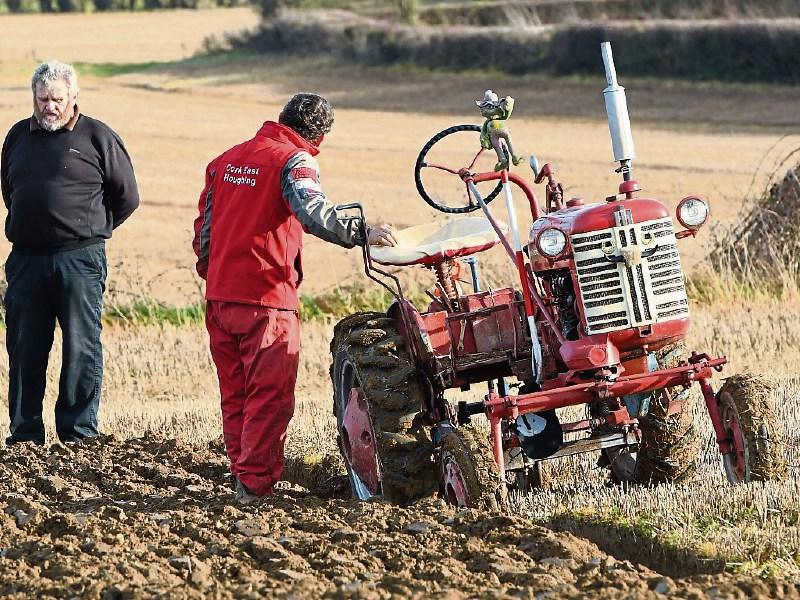 The sense of identity in the parish of Danesfort is extraordinary.

It was palpable on Sunday for the annual ploughing match with the Ireland family leading the community effort.

Gary Ireland is chairman of the local ploughing association and his mother Mary is in charge of the ladies committee.

All the competitors and anyone else who attended the event on Sunday were well looked after and while the sport of ploughing is important, it's the inter-action and the camaraderie that it generates which is most impressive.

There were 60 plough men from all over the South East competing and Kilkenny winners were thin on the ground with most of the major classes going for export.

Michael Holden from Mullinavat was the only competitor in the Macra class and was deemed the winner while that man Gary Ireland was second in the most competitive class, the senior reversible.

Tullaroan's Daniel O'Dwyer was successful in the under 28 reversible section and he is continuing a proud tradition of ploughing in the family.

He had just one mark to spare over Stephen Whelan of New Ross.

In the under 21 conventional section, PJ Hartley, from Glenmore won with 91 marks beating opposti0n from Carlow and Tipperary.

In the most high profile event, Eamon Treacy from Bagenalstown was successful in the senior conventional class.

The land for the ploughing was given by Eddie and Anna Corr, Bawnlusk, Cuffesgrange and all the competitors agreed that the plots were perfect for ploughing on what is great land.