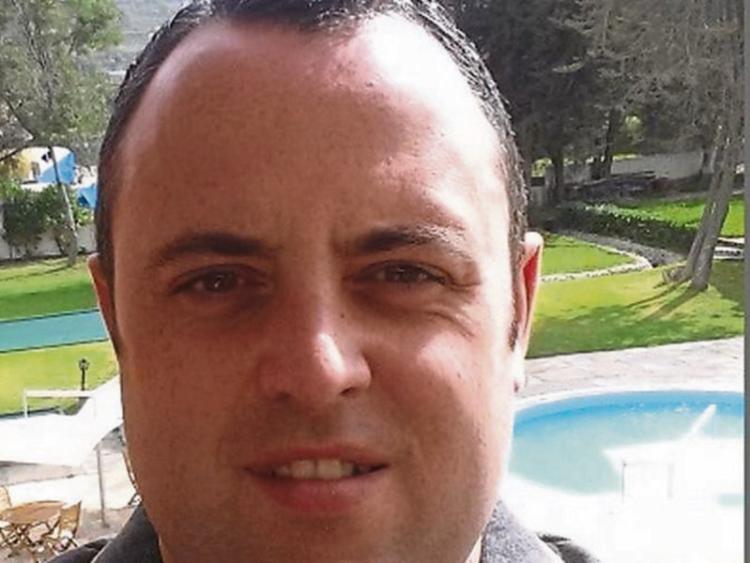 A Kilkenny men who was caught at George Best Belfast City Airport trying to smuggle in ten kilos of high-quality cocaine from Peru was jailed for seven years.

Shane Delaney, a father-of-one from Kilkenny was stopped after a Border Force Officer noticed his suitcase had come from South America via Madrid and Heathrow.

When the suitcase was opened, it was found to contain 15 packaged polo shirts which had been wrapped around a suspected drug.

When the white substance was tested, it was found to be cocaine with a purity of between 64% and 89% - making this May's seizure one of the largest consignments of cocaine being imported into Northern Ireland via an airport in a suitcase.

Prior to sentence being passed at Belfast Crown Court, both the prosecution and Delaney's defence team argued about his role in the operation.

Whilst the Crown submitted he was a significant player, the defence said his role was no higher than that of a drugs mule.

They also had differing opinions about the potential street value of the Class A drug, which the court heard was between an estimated £300,000 - or as the PSNI stated, up to £3million.(€3.5 million)

However, passing sentence Her Honour Judge McCaffrey said it was her view Delaney was neither a significant player not a drugs mule, but rather ‘a trusted lieutenant’.

Handing the 30-year-old a seven-year sentence, the Judge told Delaney he would serve half his sentence in prison, with the remaining three and a half years on supervised licence upon his release.

Before jailing Delaney, Judge McCaffrey was told by prosecuting barrister Kate McKay that on May 22, Delaney was challenged by a Border Force officer at the East Belfast airport after his flight arrived from Heathrow.

When the suitcases were opened, Delaney was asked what was inside the plastic packages, to which he replied ‘cocaine’. After the substance was tested, it was confirmed as 9.386 kilos of cocaine with a high purity.

He was arrested on suspicion of importing a Class A drug, and during interview he answered some questions but refused to answer others.

Delaney made the case that he was asked to transport the cocaine to pay off a drugs debts as his life was under threat.

Delaney - described in court as both a drug addict and a drug dealer - has made the same case from his arrest in May right up to sentencing, after he pleading guilty to a single charge of importing a Class A drug.

He claimed that to pay off his drugs debt, he was told to go to Lima and bring back drugs - but refused to answer questions about who asked him to make the trip, if the drugs were destined for Northern Ireland or the Republic, and who paid for the drugs.

Mrs McKay said that whilst in South America in May, Delaney visited Peru, Chile and Brazil, stayed in the best hotels and visited popular tourist attractions such as Machu Picchu.

The prosecuting barrister also said that whilst the defence argued Delaney was a drugs mule acting under duress, it was the Crown's case that as his role as a music promoter, he could potentially sell drugs to people attending events that he set up.

Defence barrister Greg Berry QC argued that Delaney's role in the enterprise was that of a drugs mule. Telling the court his client was ‘no Pablo Escobar’, Mr Berry branded the attempt to smuggle drugs into the country as ‘amateurish’.

Pointing out that Delaney's suitcase travelled through airports in Peru, Madrid and Heathrow before being stopped in Belfast, Mr Berry said: "This was unsophisticated in the extreme. This is not a speedboat coming to the coast of Ireland and bringing drugs to some secluded harbour.

"Given the amount of airports he came thought, frankly it's amazing he got as far as he did."

Mr Berry also questioned the PSNI's potential street value of the cocaine, but did accept the weight of the drugs was ‘significant’.

The barrister also questioned the role suggested by the Crown, saying there was no evidence or intelligence to indicate Delaney was a major drugs dealer or lived a lavish lifestyle.

Reiterating Delaney's claim that he made the trip to South America to pay off a drugs debt, Mr Berry said ‘a person who is leader in the drugs trade is not going to be bringing a suitcase through an airport’.

Mr Berry also pointed out that rather than being under surveillance, Delaney's case was stopped as a random check due to the travel tags attached.

As Delaney was being led from the dock back into custody, Judge McCaffrey ordered that the drugs seized at the airport be destroyed.