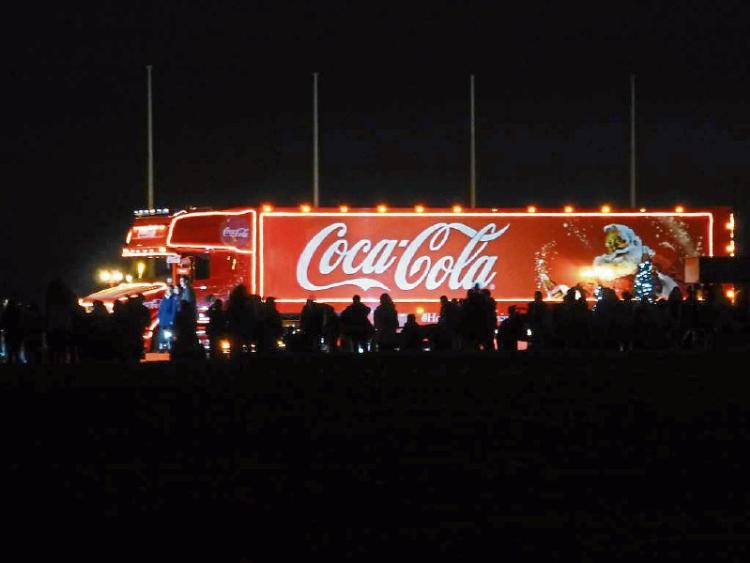 The presence of the world-famous Coca Cola truck on the Parade caused a stir in the council chambers when the matter was debated at the last meeting of the Kilkenny City Municipal District.

Cllr Malcolm Noonan of the Green Party have brought forward a motion calling on the county council to introduce a draft policy for the appropriate use of the Parade, Mayor's Walk and Canal Square.

He stressed that such a policy would outline a range of options for members to consider; relating to the appropriate use of these important civic spaces, their use during festivals and the consideration of a sliding scale fee for the use of the spaces by commercial organisations or companies.

Cllr Noonan said that the council should in drafting such proposals seek the views of members of the public and local business and refer the draft policy to the Public Participation Network to seek views prior to it being considered for adoption by elected members.

Fianna Fail Cllr Andrew McGuinness added that he had queued patiently with his young son and while he had ‘a lot of concerns’ he pointed out that while it had concerns there were also clear benefits to the arrival of the big, red truck.

“I would have lots of concerns but since we refurbished the Parade we have wanted activity on it and know we have it.

“I know that there are sensitivities around the presence of the Coca Cola truck but Butler House and the High Street were packed and the local restaurants were thriving and were delighted with the footfall. We need activity on the Parade and we need positive activity,” added Cllr McGuinness.

Meanwhile Councillor Breda Gardner (Ind) said that she could see ‘the positives and the negatives’ of the Coca Cola van although she stressed she is ‘not a Coca Cola drinker herself’.

“The main thing is to have the Parade used and to encourage people back. We need a real balance. Before people felt that it is was too expensive to trade in the Parade. We must sit down and work with the traders and make it work.”

Cllr David Kennedy (Sinn Féin) also shared with members that he is also 'not a Coca Cola drinker'. He said that he had reservations about supporting the motion and added that the Parade was one of’ the main attractions of the city to have this civic space’.

Cllr David Fitzgerald (Fine Gael) pointed out that the Coca Cola truck was part of the Yulefest and had 'express permission from the local authority to be there'.

“I have yet to see any event in the Parade that I have had any significant objections to and I think that the Parade is going from strength to strength.”

Director of Services, Tim Butler said that the view had been taken that Yulefest and the Coca Cola truck were synonymous with Christmas.

“No one is allowed to use the Parade without permission,” he said adding that there had to be 'a benefit to the community'.

Senior Executive Officer, Brian Tyrrell said that he would circulate the uses to the members.