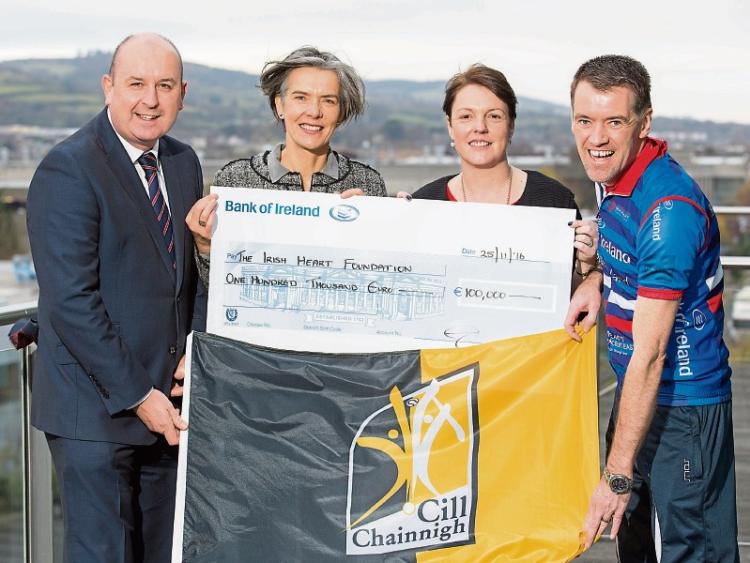 Bank of Ireland staff raised over €66,000 for charitable causes in Kilkenny in 2016 through the bank’s flagship charity and community initiative, Give Together.

The charity programme gives Bank of Ireland staff throughout Ireland the chance to lend support to their chosen charities or causes through fundraising and volunteering.

In total, just over €2 million was raised by bank staff across the country and over 1,000 days were volunteered this year.

Kilkenny was also one of the counties that featured in the Big Blue Box initiative which saw Bank of Ireland staff and members of the local community travel by bike through 29 towns along Ireland’s Ancient East in September, raising €100,000 in total for the Irish Heart Foundation.

JJ Keyes, Head of Bank of Ireland County Kilkenny said “Bank of Ireland is deeply connected across the whole county of Kilkenny through its customers, branch networks, staff and community engagement programmes.

“It is significant that through the combined efforts of our colleagues and Give Together support that over €66,000 has been raised for charitable organisations and that many community groups and initiatives in Kilkenny have been supported,” he added.