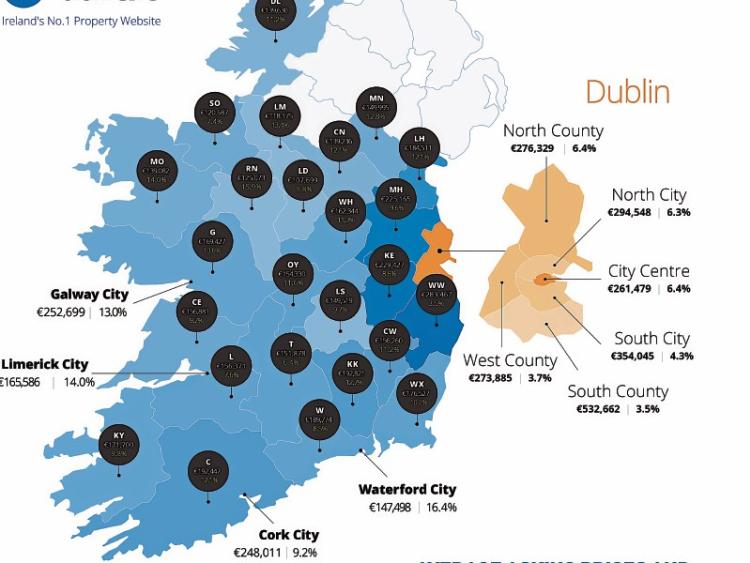 House prices in Kilkenny have risen by 13%, according to daft.ie.