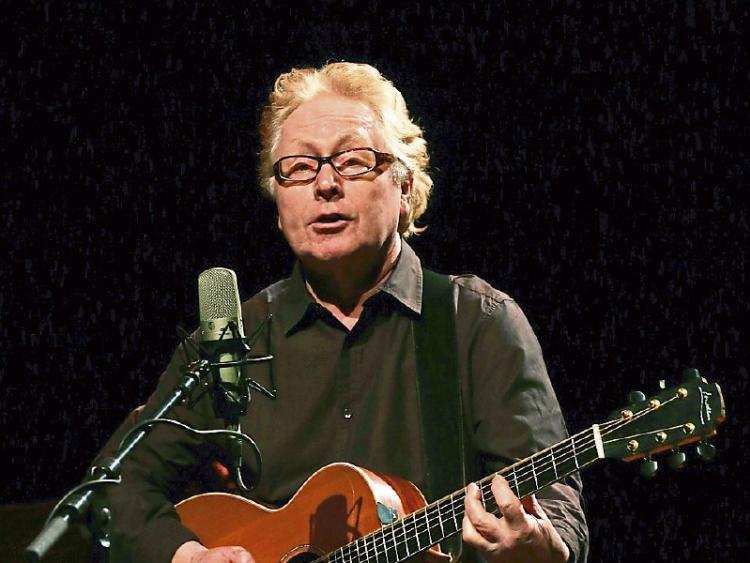 Kilkenny Tradfest showcases the best of Irish traditional and folk music, in a variety of unique venues across the city.

“This year we are proud and delighted to present internationally renowned singer, musician and songwriter, Paul Brady, who will be headlining at this year’s festival. Paul will be performing a very special concert at the beautiful and historic St. Canice’s Cathedral in the heart of Kilkenny on Thursday, March 16,” Malcolm Noonan, Festival Chairperson said. Paul Brady is one of Ireland's most highly regarded and successful artists.

Brady’s live performances, whether solo or with full band, include songs from his extensive catalogue of 40 years.

He began to write songs in the early 80s and has since forged a reputation as one of Ireland’s finest singer-songwriters, releasing many popular and critically acclaimed records including; The Island, Crazy Dreams, Nothing But The Same Old Story, Nobody Knows, Follow On, The Long Goodbye, The Homes of Donegal and Paradise Is Here.

Since Carlos Santana covered Paul’s song, ‘Nigh Hunting Time’, his songs have been sung by many other international artists including Tina Turner, Cher, Carole King, Art Garfunkel, Bonnie Raitt, Joe Cocker, Cliff Richard, Trisha Yearwood and Phil Collins and, closer to home, Ronan Keating, Joe Dolan, Dickie Rock, Maura O’Connell, Liam Clancy and Mary Black. Making his debut appearance at Kilkenny Tradfest, this performance will be a highlight of the festival, with Paul taking centre stage within the stunning setting of St.Canice’s Cathedral.

With more than 16 albums, the most recent release ‘The Vicar St Sessions Vol.1’ was recorded live in premiere Dublin venue Vicar St in 2001. In November 2015 Paul was awarded a ‘Lifetime Achievement Award’ from The National Concert Hall, Dublin, Ireland which was presented by The President, Michael D. Higgins. An evening with Paul Brady on stage is a captivating experience, as he invites you into his world of songs and music in a way that will surprise in its intimacy, sense of fun and raw power.

Tickets on sale from Friday 13th January - in person from Rollercoaster Records €35 or online from tickets.ie and ticketmaster.ie €35 plus Booking Fee