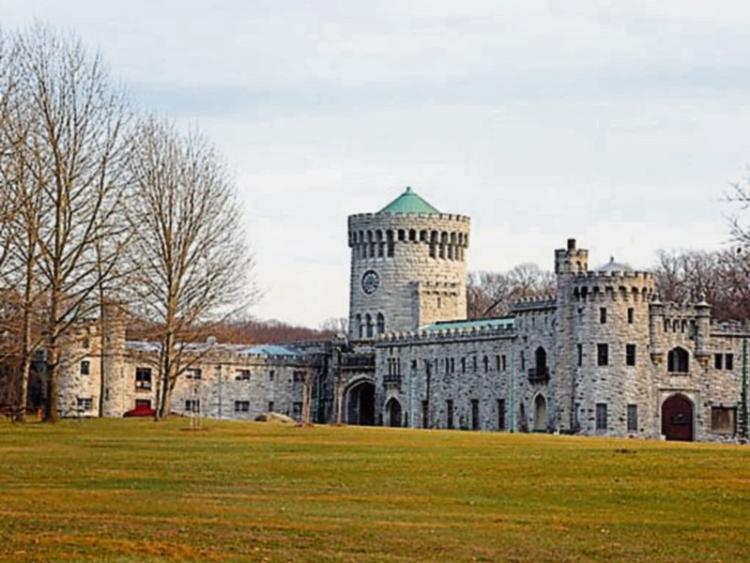 It has been argued that imitation is the sincerest form of flattery.

Having seen, from a distance, the replica of Kilkenny Castle outside New York, I'm not sure.

Judge for yourselves from the photos above at the location where scenes from the film, Scent Of a Woman starring Al Pacino were shot. Anyway, it all started with a recent tour of the Guggenheim Museum in New York where one of the porters asked a group of Irish tourists from which part of the country they hailed.

When they replied Kilkenny, he asked if they had ever heard of the Guggenheim's Castle at Sands Point, Long Island modelled on Kilkenny Castle. The real story is that Howard Gould, the son of railroad tycoon Jay Gould and his wife, actress Katherine Clemmons, purchased the property in 1900. The 100,000 sq ft limestone house. modelled on Kilkenny Castle was designed by architect Augustus N. Allen in 1902.

It was intended to be the main residence on the estate, but, when Mrs Gould decided that it did not suit her, Mr Gould built another mansion for her, close by. Castle Gould then served as the stable, carriage house, and servants’ quarters.

In 1912, they sold the property to Daniel Guggenheim, who changed the estate’s name to Hempstead House. Five years later he donated it to the Institute of Aeronautical Sciences.

Today, it is known as the Sands Point Preserve, and is run as a park offering acres of woodland for visitors to explore. It’s also frequently used for filming, and houses the Visitor Centre, Great Hall, and a 7,000-square-foot New York State-certified sound stage called the Black Box.

It is about 45 minutes by taxi from the centre of New York. However, it's a pale imitation of the original.