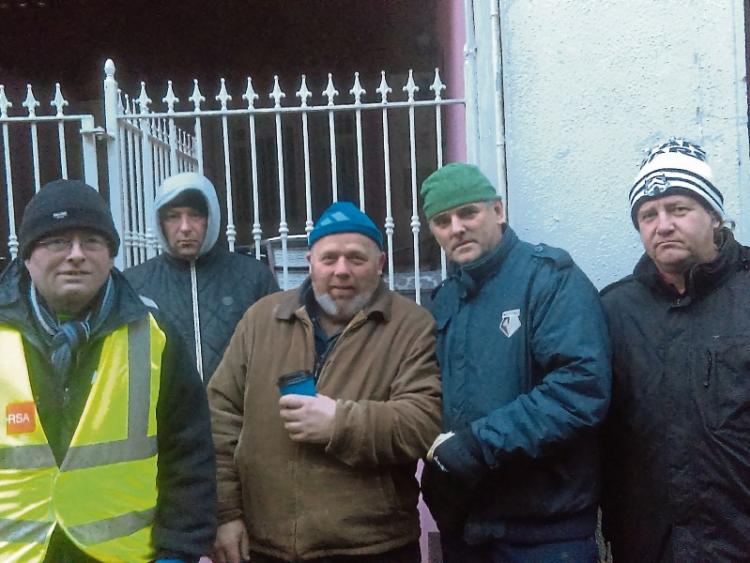 Around 30 hardened U2 fans queued all night to get their hands on tickets for the band's concert in Croke Park on July 22.

First in the queue was Gillian Kavanagh from Michael Street with her friend Karen Foley. They camped outside Rollercoaster Record's shop on Kieran Street at around 10.30pm last night.

Gillian has been first in the queue for the last number of queues for big concerts.

They were quickly followed by five men who looked like they were at the original Joshua Tree concert 30 years ago.