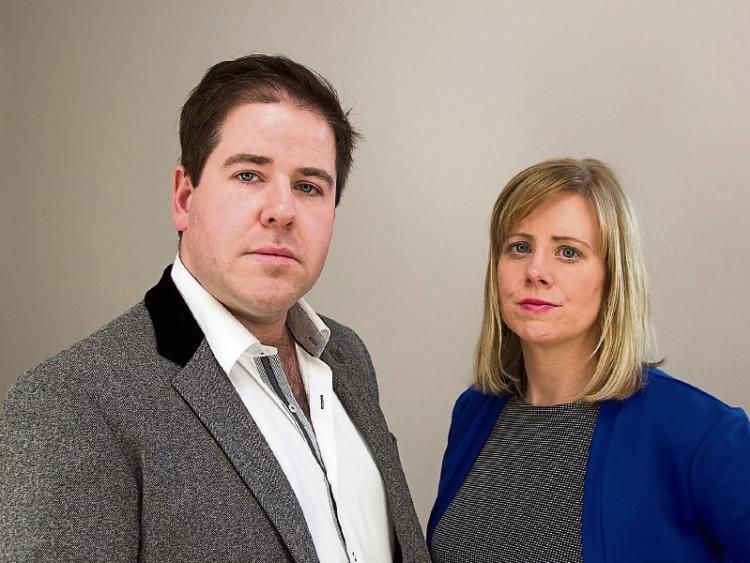 “BE NOT Afraid” is a new, enthralling, sometimes gut wrenching yet compassionate, six-part series which shows another side to the popular TV3 chef Edward Hayden.

Edward, who presents The Saturday Show with Edward Hayden on KCLR 96fm, sits down with six local people to hear their true-life series. The programme airs weekly from this Saturday (9am-10am) on KCLR 96fm.

“I am delighted with how the show turned out and I really appreciate how openly and candidly our invited guests spoke to me during the show and the strength of the show stands on their story alone,” Edward explains.

“I am thrilled that KCLR gave people an opportunity to tell their story without any time limits or restrictions and I am confident it will be very popular with our listeners, he added,

Here is a glimpse into the six who took part in the series:

John Whelan: In a poignant interview, John reveals the first time he met his sister, Sharon Whelan, when she was adopted from St Joseph’s Industrial School. Sharon was brutally raped and strangled by postman Brian Hennessy at the family’s rented farmhouse in Roscon, Windgap, Co Kilkenny in the early hours of Christmas morning 2008. He later set the house on fire killing her two little children Zsara (7) and Nadia (2) who were asleep in their beds. John says: “In life we all have choices to make, he had a choice to make that night and he chose to strangle Sharon and he chose to light those fires knowing well the two girls were there. To look into the mentality of someone who’d do that, it’s very dark, it’s very sinister.”

Mairead Tywang: The Castlecomer mother recalls the joy her daughter, Searlait, brought to her life. Mairead’s happiness was shattered when it was discovered that the little girl had a “large mass, possibly the size of a large grapefruit, on the left side of her brain”. Searlait was rushed from St Luke’s Hospital, Kilkenny, to Temple Street in Dublin where her parents were told some days later that she had a grade four brain tumour. Mairead says the journey to Temple Street felt like “it was a lifetime”. “We were told she was so weak that she may not even make the journey to Temple Street. The ambulance driver was told to avoid all humps and bumps and to keep it at a steady speed all the way up the road that she was so unstable at that stage, they just needed to get her to Temple Street.”

Geraldine Roche: The mother of missing Kilkenny man, Dean Roche, talks about her heartache over her son’s disappearance, his life growing up and dealing with his crippling heroin addiction. Dad-of-one Dean was last seen in Ballyfoyle, Co Kilkenny in March 22, 2015, where he went to buy a car. Geraldine recalls the first time she discovered Dean was using drugs. “I was actually at my next-door neighbour’s wedding and I was talking to somebody about Dean and I said ‘I think Dean is smoking hash’ and this lady turned around to me and said ‘oh, he’s smoking more than hash’…” Geraldine described how she tried to get Dean help many times. “I never wanted (heroin) for my children . I thought it only happened far away.”

Helen Fahey: Former Carer of the Year and Rathvilly resident, Helen Fahey, describes her life as a mother of a son with autism. Helen’s little boy, Alex, was two-and-a-half when she discovered he was on the autistic spectrum. “The waiting list for him to be assessed would have taken six months and I couldn’t wait that long… I went privately… I just wanted the psychologist to say it so I could say ‘right, it is autism and now I can see what I have to do and just get on with it’.” She reveals her fears for Alex’s future: “You’d wonder will he be independent? Will he actually be able to live on his own? That’s the frightening part. It scares me to think too far ahead.

Angela Stuart: Angela is a remarkable woman who has survived three terrible tragedies in her life. As a young woman starting out in life, she lost her mother to sudden adult death syndrome (SADS). Some years later in September 2009, her sister, Lisa Doyle, was brutally strangled to death by her boyfriend, Gerard O’Hara, as she lay beside him in bed at their home in Leighlinbridge. “I don’t tend to re-live that night, I don’t think about it. I’ve dealt with the vision of that as far as I can… As a family, we never go there. We never sit among each other and talk about Lisa’s last night. We talk about Lisa in the best way we can which is the memories we have of Lisa. The joyful moments we had… we can’t rob those from us.” The third major blow in Angela’s life came last year when she miscarried baby Isla Grace. Before the miscarriage, Angela and her husband were told the baby had Down’s Syndrome and a chromosomal defect. “Life is fragile, you don’t have control over everything and it’s OK. I had to learn that the hard way.” At the end of an emotional interview, Angela reveals she is expecting a baby.

Fr Paddy Byrne: Carlow native, Fr Paddy Byrne (42), who is known as the “tweeting priest”, opens up about his life since joining the priesthood. He says most priests are getting their “old age pensions”.

He thinks the church should be open to allowing priests marry. “We do need young men. I really think we need younger men to come with us but perhaps that’s only half the lung of the church.

The six-part series presented by Edward Hayden and produced by Eimear Ni Bhraonain will air every Saturday from 9am-10am from Saturday, January 21 for six weeks.

The show will be repeated on Thursdays at 11pm. Interviews were recorded in Butler House, Kilkenny, and the Seven Oaks Hotel, Carlow. More information, more photographs or quotes, contact Eimear 086 0200016.