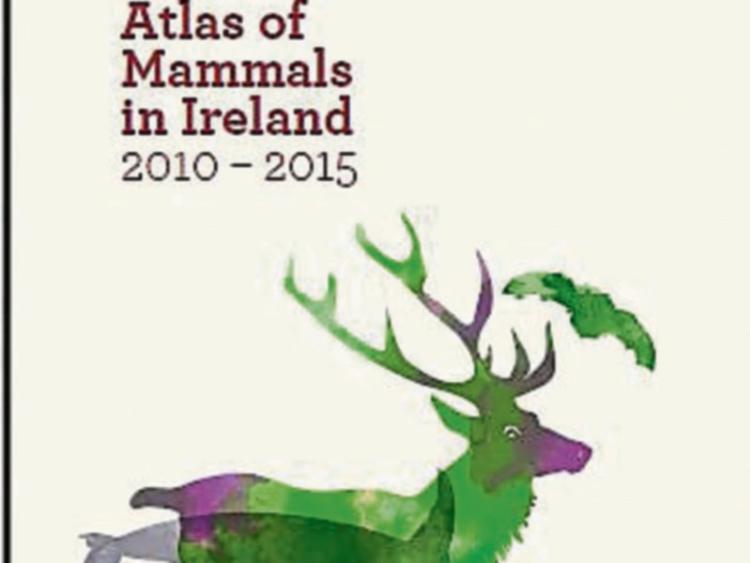 The Atlas of Mammals in Ireland 2010-2015 which will be published tomorrow (Wednesday) is a landmark publication by the National Biodiversity Data Centre on the distribution of mammals in Ireland and its marine waters.

For the first time ever in Ireland, Kilkenny resident, Dr Liam Lysaght and his co-editor, has collected data on all the terrestrial and marine mammals and mapped their distribution.

It will be launched Eanna Ni Lamhna at the Heritage Council, Church Lane, Kilkenny at 5pm today (Wednesday.

It is one of the first in Europe to map both marine and land mammals.

It includes new species, like the bank vole and the greater white-toothed shrew.

It includes details of the Grey Wolf – now extinct in Ireland and its distribution in Ireland from the 12th to 18th century.

The Mammal Atlas has been a huge collaborative project by all individuals and organisations involved in mammal surveying in Ireland, and it combines data from 57 different datasets,” Dr Lysaght said.

In all, almost a quarter of a million records are used to map the distribution of 72 mammal species.

A total of 68 species are known to have bred in Ireland since the 18th Century or are naturally occurring migrants or vagrants. This includes all species that are known to breed in Ireland and its marine waters, and vagrants that have arrived naturally but for which there are few sightings.

The different groups of mammals included are:

These species have either escaped from captivity or were released deliberately into the wild, but there is no evidence of them breeding. Documenting additional sightings of these species are important, however, as they are considered invasive alien species, whose establishment in Ireland would be a cause of grave concern for the threat they pose to Ireland’s established biodiversity.

Forty one authors were invited to write the species accounts, each a recognised expert on their particular species.

For each of the main species, two distribution maps are presented showing the number of sightings prior to 2010 and from 2010 to 2015.

The final chapter is a forward looking piece on the future outlook for mammals in Ireland, from the perspective of the Editors, Ferdia Marnell and Liam Lysaght.

Badger, red fox and Irish hare are extremely widespread species in Ireland, and were recorded throughout the country. Soprano and common pipistrelle and Leisler’s bat are the most widespread bat species, whereas common dolphin and grey seal are, by far, the most widely recorded marine mammals.

Thanks to a huge effort from recorders, we are now able to confirm that hedgehog is widely distributed in urban and rural parts of Ireland.

It is found on lowlands throughout the country, but seems to avoid the wet ground of blanket bog, and is local or absent from other areas, such as the drumlin belt of counties Monaghan and Cavan.