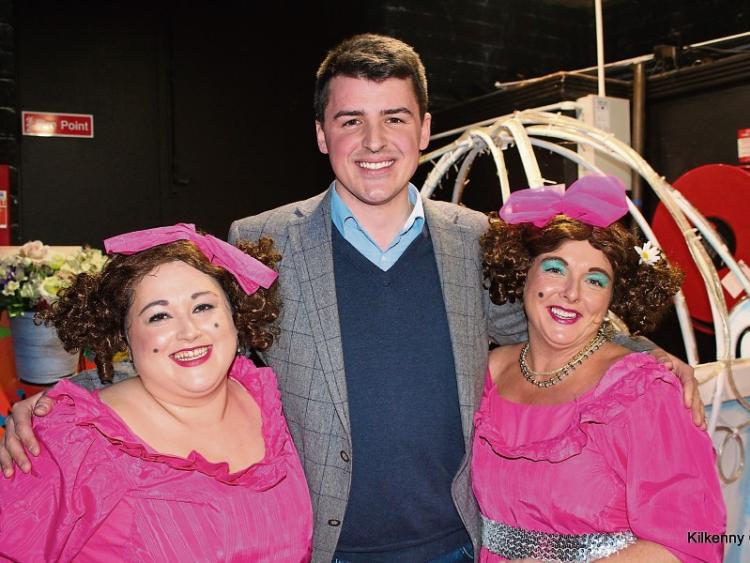 If you could bottle the enthusiasm, magic, chemistry and fun at this year's Watergate pantomime and sell it, you would make millions.

it was, and this is said after much thought, the best I ever saw.

From the opening chorus to the rousing finale it was pure fun.

At the centre of this wizardy/alchemy were the sexy Ugly Sisters, Claire Henriques and Sarah Brennan; Dame Derek Dooley and ladykiller, Declan Taylor as Dandini (French).

That's not to say the lead, Kevina Hayes as Cinderella was overshadowed or that the male lead, Ian Curran as Prince Charming wasn't good, they were both excellent - It's just that the four Musketeers (Dooley, Dandini, Henriques and Brennan ) were irresistible.

The tears came down my eyes after the third wisecrack at the expense of Cllr Pat McKee, who I believe was hailed from the audience on Saturday after one of the Ugly Sisters said she fancied him and thought she was “in there”.

We all know that Pat is not that way inclined yet he put up with the blackguarding and was happy to play along.

A few other politicians might be considering legal proceedings and I wonder if Cllr Andrew McGuinness has a case after they said he was full of himself while admitting to the audience that he was good looking.

Anyway, the Ugly Sisters were a perfect foil for each other and Claire Henriques can put on that childlike accent while Sarah Brennan has a stage face you just have to love.

I have seen pantos in the Gaiety that are not a patch on this one.

Another highlight was the toor-a-loo by Dame Derek Dooley. He gave a good few public figures a lash and former Olympic chief, Pat Hickey was the subject of one verse.

Derek is a master of disguise and can play straight roles as well as farce, He was absolutely fabulous as the dame and it was laugh after laugh. He should be declared a Kilkenny treasure and he filled the dress to perfection even if he did have an extra size Jennifer Lopez backside.

And Dandini, where do you start. Declan Taylor is a great actor and had no problem making fun of himself. He was hilarious as the narcissistic PA to the prince.

He raised a laugh every time he came on stage and he was like something out of an 19th century farce by Molière.

Everybody involved can be proud. Village man, Joe Murray's script was perfect. Olivia Smith directed to perfection. And it seemed that musical director, Ollie Hennessy had a whole orchestra in the pit with him.

Choreography was perfection thanks to Marie Cashin while Dee Gibney showed why she is so highly thought of as a production manager while the show ran seamlessly, a credit to stage manager, Seamus Reade while lighting was excellent by Gerry Taylor and Ger O'Reilly. The big question. How do you follow that next year?