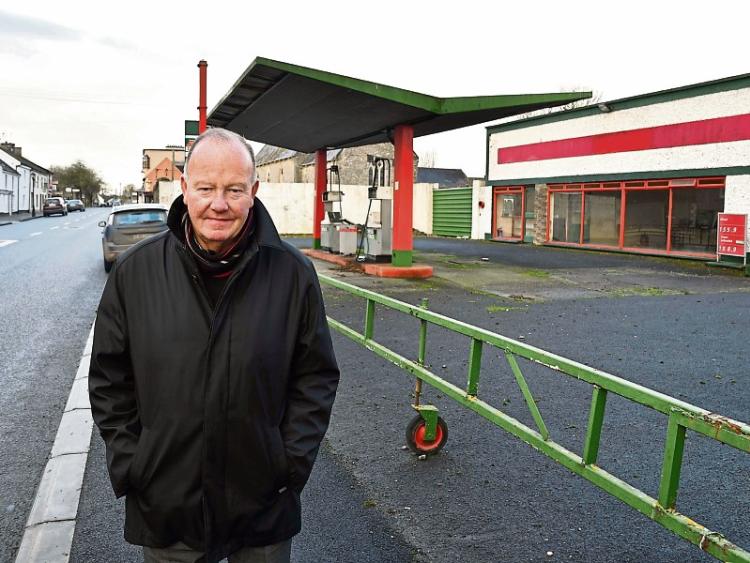 Freshford is to receive another major boost with the re-opening of its only filling station later in the year.

Work will start shortly after planning permission was granted by Kilkenny county council for the refurbishment of the premises which has been closed for the last four years.

“At the very least it means that we will be able to get petrol and diesel in the village,” Cllr Mick McCarthy pointed out.

“We continue to fight back and when you think back to the 1970s, we had five petrol stations in the village,” he pointed out.

“Over the last number of years, the loss of this asset has been particularly felt by local people who have had to travel to get fuel and petrol for their lawnmowers and with 8,000 vehicles passing through the village on a daily basis, this surely forms the basis for a service station.

“Work will start in February and construction time is estimated at six months,” Cllr McCarthy said.

The new convenience store will have an ATM machine a 167 sq metre forecourt, an off-licence, seating area outside, a deli and 15 car parking spaces.

The new forecourt and outside service area with overhead canopy will have two multi-fuel pump dispnesing islands as well as staff parking at the rear.

It was revealed in November, that a new 70 bedroom hotel will open on othevoutskierts of the village this summer.

The stunning five star hotel is being constructed at Upper Court Manor.

Much of the building work has already been completed and it it is expected that it will open to the public in late June.

When it opens in, 19 bedrooms in the main house will have been completed along with a function room and a stunning roof garden.