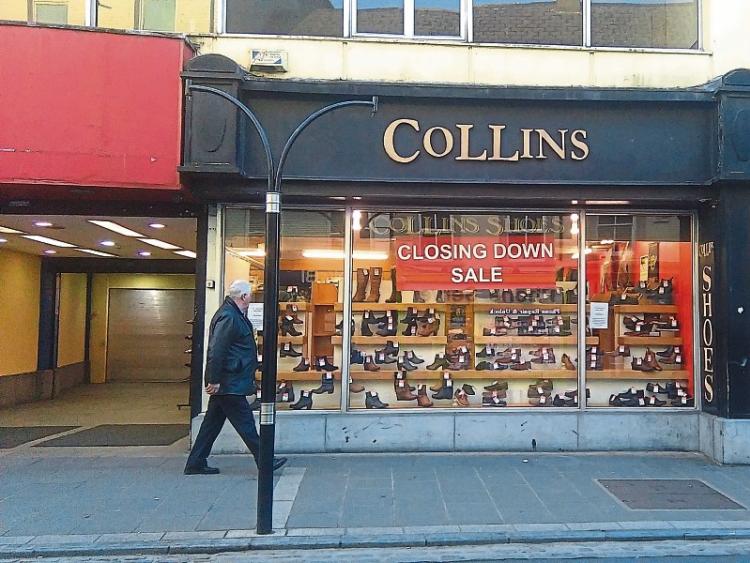 A man reads the notice on the window of Collins Shoes, which is closing down.

It is by now becoming a far too regular occurrence in Kilkenny City. A small, white paper note appears in the window of shop — a succinct goodbye message and a 'thank you' to people for their years of loyal custom.

This week, another of Kilkenny's  family-owned businesses joined the goodbye note club. Collins' Shoes of High Street announced it will soon close its doors forever, after more than three decades of being part of the fabric of the city.

The shoe shop has been in that location, at the entrance to the arcade/mall, for about 25 years; it was at another central location before that.

The landlords did not renew the lease on the unit this time — they have other plans. For the Collins, it meant looking for somewhere else in the city.

“We were looking out during the last year for another  premises,” says Breda.

“We'd done our research, and we came to the conclusion that you have to be on High Street or Kieran Street if it's to succeed, with footfall.

“Nothing came up, so we just had to make a decision. We only made it in December, and notified the suppliers in January then.”

Describing it as ‘the end of an era’, Ms Collins paid hearfelt tribute to the loyal customers and all the people who have shopped ther and supported the store over the years.