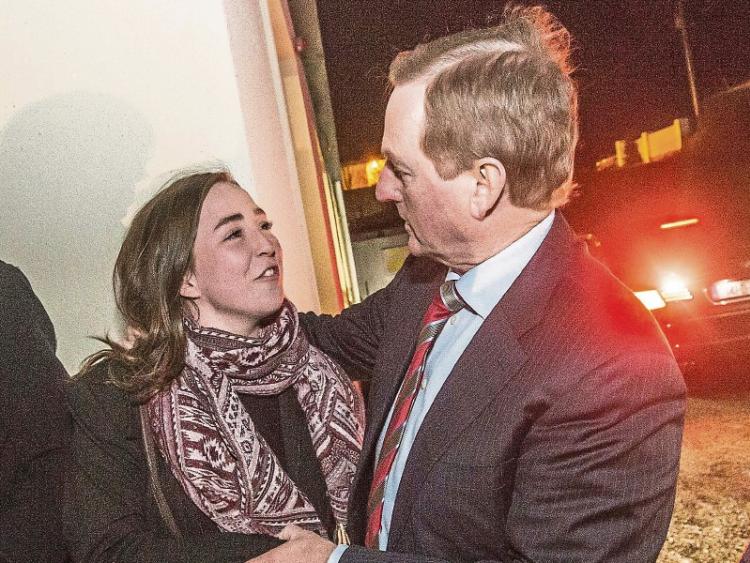 And Taoiseach, Enda Kenny also said that when he goes to the White House for St Patrick's day this year he will tell President Donald Trump all about the community spirit that exists in this little corner of North Kilkenny and of the wonderful community spirit and seamless education programme there.

He said linking the play school to primary school and providing on ongoing schooling for a entire childhood where all the needs of the children were looked after and where inclusiveness is built in to everything they do was a model not just for this country but for every nation.

“I will mention Muckalee to him because he said in his inauguration speech that the forgotten will no longer be forgotten.

“We have been dealing with this here for some time, especially in Muckalee and we are trying to do more.

“You continue to build and strengthen that sense of community, which in turn builds character in society and for that I say thank you,” Mr Kenny said.

Mr Kenny was clearly at home with the people of Muckalee and spoke for 15 minutes without a script and held the audience in the palm of his hand as he extolled the virtues of joined up thinking for rural communities.

The kernel of his talk were the excluded or those who felt like outsiders.

Mr Kenny was in the village to unveil a plaque to the late Caitriona O'Brien, the first chairperson of the pre-school committee and a driving force behind the construction of the new pre-school which is now open ten years.

“You can look back with a sense of pride and fulfillment at what you all have achieved and tonight and I can feel there is a real community spirit here in Muckalee,” he said.

He reiterated that what had happened recently in Britain and the US could not be allowed to happen here and said as long as we had inclusiveness like there was in Muckalee this would never happen. He said no one was forgotten in Muckalee.

And this was something reiterated by retired school principal, Gerry O'Neill, MC for the night, who said that if the people of Muckalee were behind you, you could move mountains.

He recalled the day that Caitriona O'Brien called to see him in school with her plans for a new playschool afterwards, said to himself: “If she achieves this she is some detail.”

“She did along with the rest of the committee and the community” he said.

Photo: Enda Kenny with Mary Ellen O'Brien at the unveiling of a plaque in honour of her late mother, Caitriona.