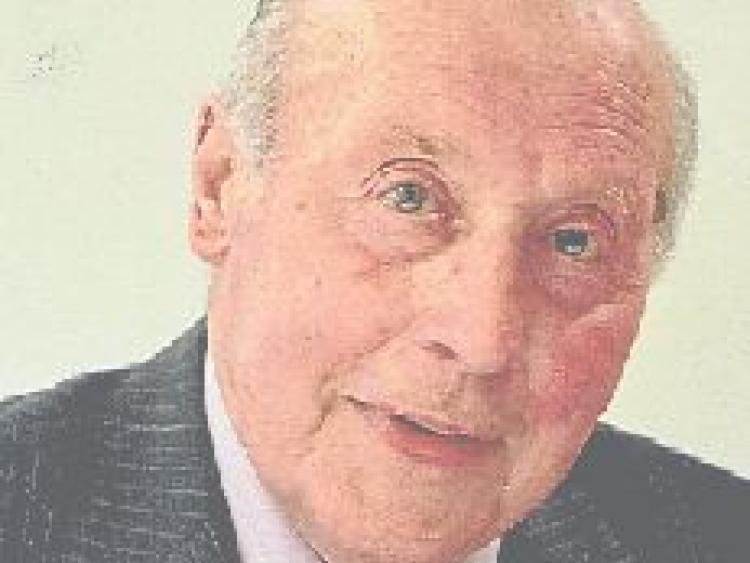 An icon of life in Thomastown and of a huge swath of South Kilkenny was buried on Friday.

And this Thursday will mark the first time since in 60 years that the Thyestes Chase day in Gowran Park racecourse will be held without the inimitable, Walter (Watt) Walsh of the Salmon Pool, Thomastown and of Grennan House across the road from the public house.

The 89 year old passed away in Aut Even Hospital, Kilkenny on Tuesday of last week.

He was a publican, farmer and auctioneer who was much loved and admired by all those who came into contact with him.

He was a breath of fresh air and while he didn't suffer fools gladly, his funeral was punctuated by stories of his largesse and exploits from people who knew him from The Rower to Hugginstown and from Bennettsbridge to Listerlin.

Men and women who trusted him with their business gathered to pay their last respects to a man who was the founding chairman of the Thomastown Anglers Association in 1947 as well as being a great horse lover, supporter of the hunt and a great man for horse racing.

The family always kept horses and on the day of his wake at his home, Grennan House by the River Nore, a number of good looking animals looked out of their stables wondering what all the commotion was about.

As a young man he farmed at Grennan and Newtown and was always thought of as having a good eye for land, horses and cattle,

Later he became the eight generation of his family to take over the Salmon Pool pub, and after a number of years, he saw their was a gap in the market for a good auctioneer and he opened up his auctioneering business next to the Salmon Pool.

He started off dealing in livestock at Thomastown mart and the business grew as his good name spread.

For the next 50 years he ran a thriving business and worked hard, often putting in a 16 hour day.

He only retired when he was 84 years of age, just over five years ago and even then he kept a few conacre customers.

At his funeral Mass in the Church of the Assumption, Thomastown on Friday, his son Tom spoke about his father and told the congregation that Watt left school at 13 to go behind the counter of the Salmon Pool and to work on the family farm where manual labour was the order of the day.

He also told how his father had the ability to include everyone in an auction and to get them involved, especially at yard sales where a farmer was retiring.

Anyone who over knew Watt soon saw that he had a special way with him and could always be trusted to come out with good one-liner to brighten every occasion.

There was one constant in Watt Walsh's life and that was his beloved wife, Anna.

They celebrated their 60th wedding anniversary two years ago and it was a wonderful family celebration.

Anna was stoic during the funeral and as always, put everyone else before herself, making sure every guest had enough to eat and drink.

He also leaves behind his sister, Bridget in the US and brothers Val, England and Dick, Thomastown as well as brother-in-law, sister-in-law, nieces, nephews, relatives and friends.

He was buried in St Mary's New Cemetery, Thomastown.

Kilkenny people are invited to Get Ireland Growing with free grow boxes!