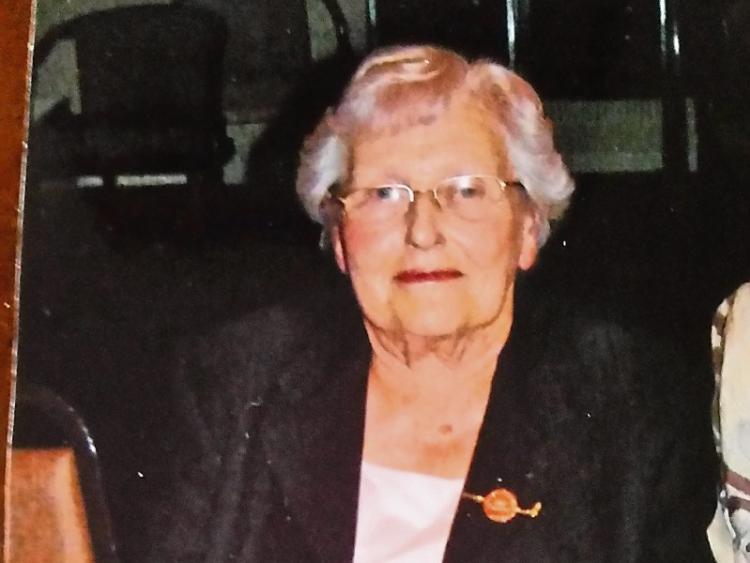 Another link to historic Kilkenny has been broken with the passing of Joan Tynan - she was the last surviving member of the Tynan family that owned one of the oldest public houses in the city - Tynan's at John's Bridge.

Joan lived in the public house until she was aged 45 and set up a new home in Lacken Drive, along with her siblings Brenda Crowley, Kitty Hennigan and Michael Tynan.

Joan spent all her life in Kilkenny. Her first job was as personal secretary to Mr Jeff Davis, the Ormond Estate Manager of Kilkenny Castle and other Butler properties. She enjoyed this immensely.

She retired at age 60 because it was mandatory after 40 years’ service.

Joan joined Kilkenny Golf club in 1951; she held the post of Lady Captain and Lady President. She travelled all over Ireland playing in competitions.

She was a lifelong member of Kilkenny Bridge Club, playing twice weekly during the winter months. She and Margaret Tynan attended The Soroptomists Club together.

Joan loved to cook; she had a large collection of cookbooks and was never short -handed when visiting family members with sweet treats. She attended cookery classes with her sister in law Freda Tynan originally of Madigan’s, Rathmines at the Tech on College Road during the 70's.

As a lifelong member of Carnegie Library, Joan read widely on many topics; local history was one of her favourite choices.

As a single woman Joan exercised the freedom to travel abroad when many of her contemporaries stayed at home.

Joan travelled far and wide with fellow independent lady Mary Power, a lifelong friend and former work colleague from her days on The Parade.

They were in Spain at the time of Franco’s death and witnessed the beginning of historical change for the Spanish people.

Some of her nieces and nephews recall fun trips to the beach at Tramore in Joan’s blue mini jam packed with up to seven kids on board.

Those were halcyon days for her extended family and are the clearest recollection.

Joan gave tirelessly to her extended family looking after the children and latterly caring for her siblings during times of ill health. Joan was predeceased by her siblings, Kitty, Brenda and Michael and so is the last person from the original Tynan’s, Bridge House Bar to pass away.