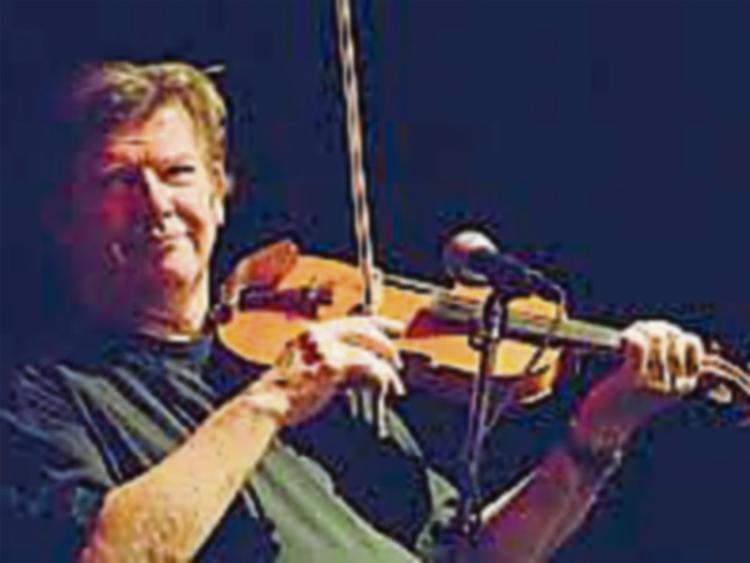 Traditional music fans from Kilkenny and beyond will be flocking to the Home Rule Club for a rare opportunity to see fiddle legend Kevin Burke on this side of the Atlantic, as he plays one of only two Irish gigs at the H.R.C. on Friday, February 3.

Kevin Burke’s fiddle playing has been at the forefront of traditional music since the early 1970’s. His work with such renowned performers as Arlo Guthrie, Christy Moore and the Bothy Band and the release of his far-reaching solo album, “If the Cap Fits” established him as a first class musician. During his long musical career Kevin has earned international acclaim in both Europe and America as a solo performer, a teacher and as a member of some of folk music’s foremost groups including the exciting Celtic Fiddle Festival and Ireland’s long admired and respected Patrick Street.

Kevin’s contribution to music has been acknowledged formally on both sides of th on February 3rd e Atlantic. In 2016 he was named as Ireland’s “Gradam Ceoil” winner (Traditional Musician of the Year) and in 2002 he was the recipient of a National Heritage Fellowship, the USA's highest honor for excellence in the folk and traditional arts. (Previous National Heritage Fellows include B.B. King, Doc Watson, and Bill Monroe.)

In 2010 Kevin was inducted to the Oregon Music Hall of Fame and was very honored to receive such an accolade from his adopted home state.

In 1980 Kevin settled in the USA and was performing with Bothy Band colleague Micheal O Domhnaill. Their 2 albums, “Promenade” and “Portland”, became, and still are, very influential resources for many traditional musicians. In 1985 Kevin was a founding member of the group, “Patrick Street”, whose recordings and performances were greeted with great acclaim both in Europe and US.

Kevin spent much of the 90’s recording and performing in a series of highly successful concert tours with Johnny Cunningham from Scotland and Christian Lemaitre from Brittany, a trio of fiddle players known as “The Celtic Fiddle Festival” and he also became a featured member of Grammy winner Tim O’Brien’s wonderful ‘crossover’ band, “The Crossing”.

Although Kevin has spent much of his life playing in a group context, he has never lost his love for solo fiddle music – the “naked fiddle” as he himself sometimes puts it. This is very evident in his live solo release, “In Concert”, a performance of mostly unaccompanied traditional pieces before an audience in his home town of Portland, Oregon.

In 2007 Kevin set up his own record label, “Loftus Music”, which has already developed a reputation for excellence in both its musical output and its somewhat unique and eco-friendly packaging design. The first release on his new label was the impressive “Across the Black River”, a duo recording with his good friend, composer/arranger Cal Scott. The CD garnered high praise from music critics on both sides of the Atlantic and was hailed by the New York Times as one of the top world music releases of the year. “Suite” was the label’s major release of 2010 and features appearances from the members of “Beoga”, one of Ireland’s most exciting young bands. One of the highlights of this recording is “The Irish Session Suite”, ten traditional tunes arranged for String Quartet.

2016 also sees the release of 2 CDs greatly differing in style, yet again showing the breadth of Kevin’s musical appreciation - “Storm in a Teapot” from the Celtic Fiddle Festival, with the inclusion of fiddler Charlie McKerron, sees a return to the Scottish influences that played such a large part in the group until the untimely passing of founder member, Johnny Cunningham.

“The Pound Ridge Sessions” with electric guitarist, John Brennan, represents a new departure for Kevin, placing his acoustic fiddle in an ‘electric’ context, alongside bass, drums, keyboards and featuring the vintage Rock sounds of John Brennan’s guitars. The CD’s tracks include a most varied collection of music - Bach Minuets, Blues and Country tunes, a song co-written with Cal Scott, 2 tracks of Irish traditional music and a couple of 70’s Rock Classics.

All through his career it has been evident that Kevin is not restricted by genre and has recently collaborated with notable musicians such as classical violinists Gilles Apap & Greg Ewer, Old Time favourites, The Foghorn String Band, and in March 2016 he was thrilled to re-establish his Sligo connections when he toured with Ireland’s wonderful band, Dervish.

This will be an intimate, acoustic solo gig in the upstairs room at the Home Rule, which is steadily establishing itself as a venue for traditional musicians of the highest calibre, having hosted Steve Cooney, Dermot Byrne, and Mary McNamara in recent months. The monthly First Friday Sessions at the Club provide a platform for local and guest musicians to enjoy a relaxed session in a unique atmosphere.

Whether solo or accompanied, on record or in concert, Burke is an immensely engaging performer.

Tickets are available from Rollercoaster Records, The Home Rule Club or 086 2430372.

Comments from the Press

The New York Times describes Kevin as “a superior instrumentalist in any idiom......impressively virtuosic”, The Washington Post writes of his “lyrical style that is always emotionally electric”, and the Irish Times says that “Burke’s fiddling is one of the high spots of the current Irish musical scene”.