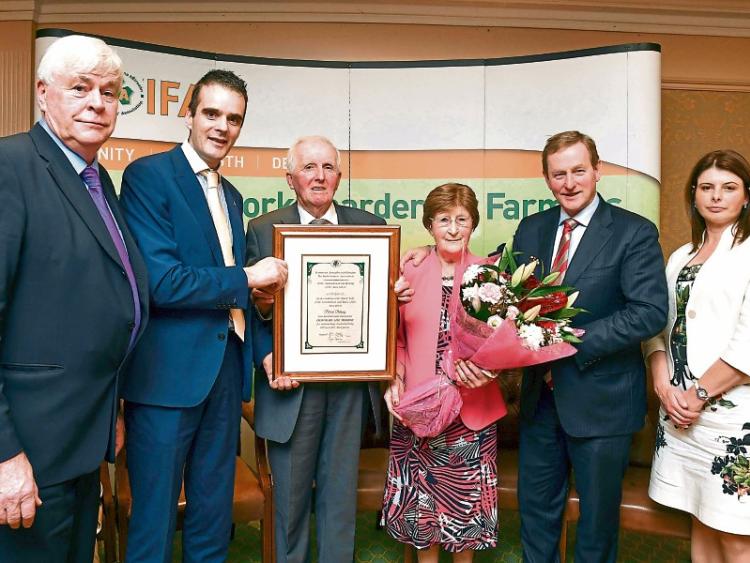 A farmer who has given a lifetime of service to the Irish Farmers' Association locally and nationally was recognised by his peers at Saturday night's IFA dinner dance where those who walked to Dublin in 1966 were feted, writes Sean Keane.

Paddy Delaney from Acragar, Ballyragget and attached to the Freshford branch of the IFA was a forceful debater and I remember many IFA County Executive meetings where he could cut through rhetoric to get to the kernel of whatever issue was being discussed.

He was vice chairman when the equally great, John Carroll of Gowran was chairman. He never went to serve as chairman as he was elected on to the board of Avonmore at the time and felt there would be a conflict of interest if he was to assume the post.

He played a key role in the IFA's national animal health committee and was the first chairman of the Kilkrnny Farm Relief Service.

He also took part in the walk of 1966 to Dublin where farmers sat on the steps outside the Department of Agriculture offices but he didn't go as far as Dublin.

He received a rapturous reception when he was called up to receive his award from Taoiseach, Enda Kenny; IFA president, Joe Healy and Kilkenny IFA chairman, Johnny Bambrick.

FOGRA - MC Frank Grace did a great job throughout the evening and ensured things moved along while giving everyone an adequate amount of time in the limelight.