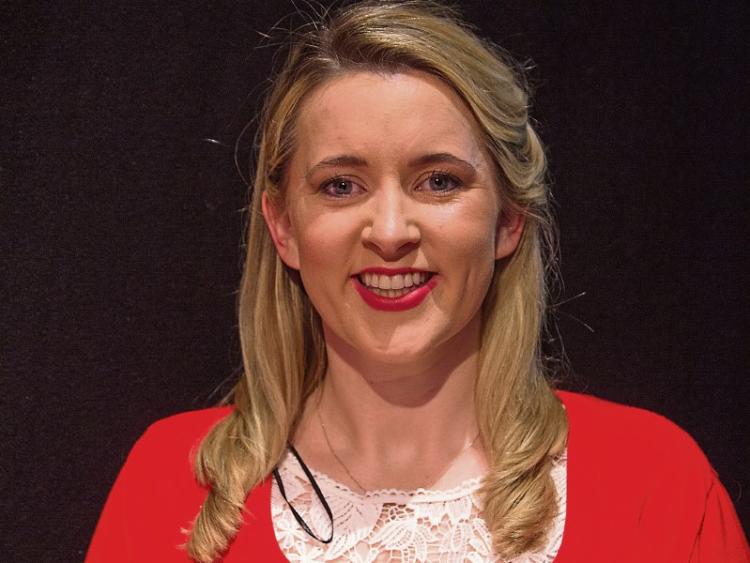 Watergate Productions has earned itself a stellar reputation during its twenty plus years of performing and can proudly claim responsibility for having staged some of the finest drama and musical performances ever to be seen on the Watergate stage.

Watergate Productions’ body of work has, thus far, been wide and varied, having brought to life plays hailing from home (The Field, Da, Moll) and from further afield (Lend Me a Tenor, 12 Angry Men, Arsenic and Old Lace).

The Watergate’s in-house production company might well be defined by this habit of diversity. Still, audiences have grown accustomed to – and therefore comfortable with –a certain kind of play; one that we, in Ireland, have come to know and love. Namely, those set in Ireland, written about Ireland and, largely, written about Irish men.

And it is no wonder! For they do it excellently. Irish playwrights are lauded the world over.

One need look no further than the Watergate’s recent success with their production of John B Keane’s The Field to sample some of that literary magic that has come to define the world of Irish drama.

This spring, however, Watergate Productions brings you a performance to wake you and shake you. This play will ask you to look outside your own experience, step into an unfamiliar pair of shoes and to find that, ultimately, all our experiences are shared and bound by our common humanity.

When asked about the play’s title, Harling said that he was trying to capture something of the nature of the women who raised him. “Something beautiful made of very strong stuff”. These women will make you laugh, make you cry, invite you to listen and ask for your empathy. Let us meet the actors who will take on these roles.

A Kilkenny native, Maeve has been involved in theatre for almost ten years. She is a member of KATS theatre group and, most recently, played the part of Yvonne in their production of War. Maeve is also a member of Kilkenny Musical Society and has been involved in several of their productions since 2009. Maeve’s last outing with Watergate productions was in the role of Ann the Golden Hen in the theatre’s 2016 Pantomime “Jack and the Beanstalk”.

For many years now, Cathy has appeared in various guises with The Moat Club Naas. Outside of her experience on stage, Cathy has also worked backstage, with the front of house team and in the costume department. Recent acting roles include Jessie in Calendar Girls, Una in Factory Girls, Miss Tesman in Hedda Gabler and Dorothy in Bookworms. Her performance as Lady Wilde in Saint Oscar saw her rewarded with a best actor award.

Clare has been one of the women “behind the seams” with many of the productions at the Watergate, working with costumes for Pantomime and other in house shows. As an actor Clare has appeared with Watergate Productions and Kilkenny Musical Society. Some of her roles with Watergate Productions include Alice (The Loves of Cass Mc Guire) ,Bridgie Andover ( Moll) Martha Brewster (Arsenic and Old Lace) Diana ( Lend Me a Tenor ) and Caroler (Scrooge) .

Ann has played an integral role in Kilkenny theatre since the early 70s which has seen her as actor, director and choreographer. Some of the many productions Ann has been involved in include "Whose Afraid of Virginia Woolfe", "Portia Coughlin" for which she won best supporting actress in the All Ireland, "By the Bog of Cats" and "The Steward of Christendom". Ann directed 3 All Ireland winning one act plays. Over the years she has worked on Stage, Musical Videos, Film and Commercials.

Elaine recently played the role of Mairéad McHenry in a development workshop of a new musical “Finding Your Way Home” which was staged at the Civic Theatre Dublin in 2016.With Kats Theatre group, Elaine has played such roles as Cher ( Clueless), Mary ( Snapper), Rose (The Web) and Nurse Sandwich (The Elephant Man)Elaine has appeared on the Watergate stage in such shows as Oliver, The Hired Man, Pirates of Penzance, Little shop of Horrors, Michael Collins and Sweeney Todd.

Colette has appeared with a number of theatre companies including, The New Theatre Group, Pan Productions, Gaslight Theatre Company, Kilkenny Musical Society and Kilkenny Pantomime. Since the formation of Watergate Productions, Colette has been a regular performer with the company and some of her roles Cass McGuire (The Loves of Cass McGuire), Abby Brewster (Arsenic and Old Lace), Hanna ( Winners/Losers), Mrs McCabe (The Field) and Catwoman ( By The Bog of Cats). For the last four years, Colette has appeared as Mrs.Claus in the Watergate’s annual Christmas children show.

The show is directed by Don O Connor

Steel Magnolias will run from February 23rd – 25th and March 2nd to 4th. Book at The Watergate Box Office on 056 77 61674 or online at www.watergatetheatre.com.