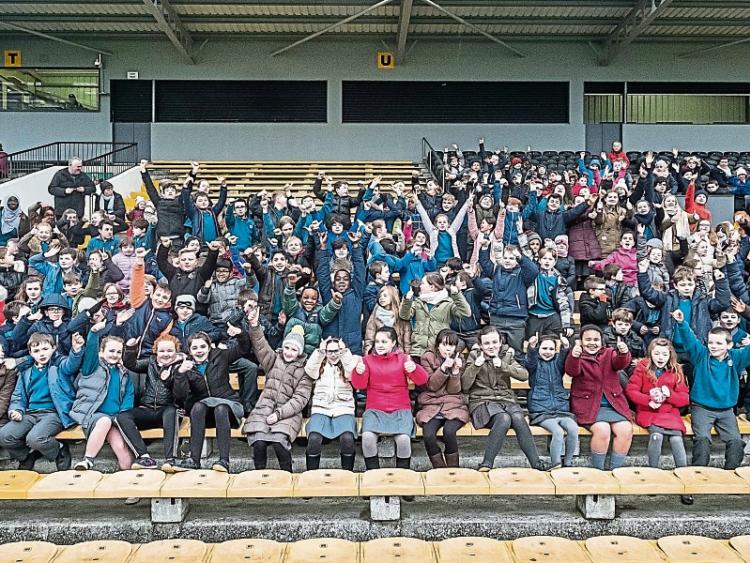 The Air Amnbulance may not have landed at its proposed destination in Nowlan Park, Kilkenny and Inistioge, but the local first responders got to launch their invaluable Irish Community Air Ambulance.

Covering Munster and South Leinster, the air ambulance has been described as a mobile intensive care unit. Kilkenny city is within thirty minutes of its Cork base, and the air ambulance brings doctors and consultants to the scene of an incident.

Local director of Irish Community Rapid Response, Adrian O'Keeffe said that the new service has attracted the volunteer efforts of over 100 GP's and consultants in the region.

“It's a great addition to our first response, and it is the only service that brings doctors trained in trauma to the scene of an accident, this is so crucial in so many ways. And the helicopter can land in areas, like motorways, that other search and rescue helicopters can't. And that's vital with head injuries, a fast smooth transport to the appropriate hospitals,” said Mr O'Keeffe.

A presentation was made by CEO of Irish Community Air Ambulance, John Kearney. Mr Kearney spoke to members of the emergency services here in Kilkenny at Nowlan Park, including gardai and medical personnel.

The air ambulance has been on a tour of the region it covers, and last week landed in Limerick and Kerry. As the service now extends to Kilkenny, Mr Kearney stressed the importance of the service, and the need for local fundraising.

The air ambulance is completely voluntary, though the government do support the doctors and consultants who are on call, at five minutes notice, to attend scenes where they are needed.

Mr Kearney stagted that the air ambulance can only be provided for Kilkenny with the support and goodwill of the local area - in particular in the line of fund raising.

He urged everyone to log on to www.communityairambulance.ie to donate to the serivce, or text FLIGHT to 50300 to donate €4. At present the Air Ambulance has one helicopter - in both Northern Ireland and Wales, lesser areas and with less population, there are four helicopters in operation.