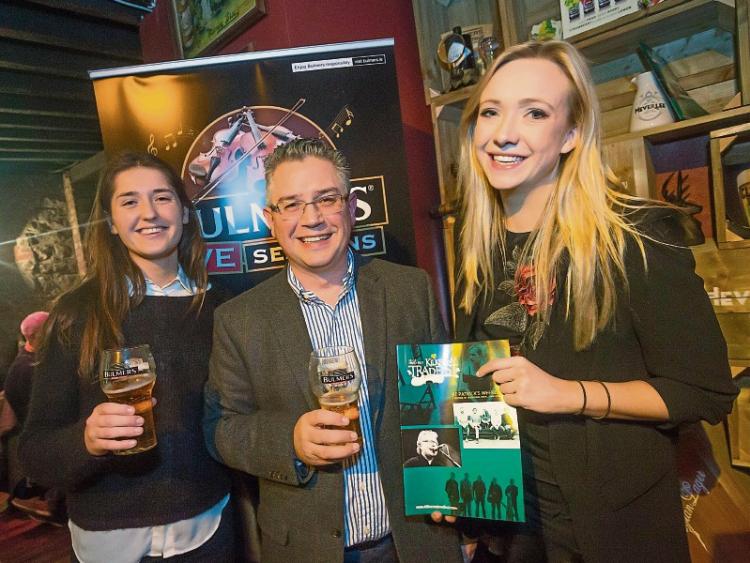 From March 16 to 19, Kilkenny city will sway and bob, to the sound of all sorts of music with the highly successful Kilkenny Tradfest.

Now in its fifth year, it has grown into a national celebration of Irish traditional and folk music, bringing thousands of visitors to the city.

With a line-up including Paul Brady, Ushers Island, Beoga who recently recorded with Ed Sheeran for his latest album, Eleanor McEvoy, Heidi Talbot, Pauline Scanlon and Fourth Moon, it promises to be wonderful.

Eleanor McEvoy, one of Ireland’s most accomplished singer/song writers and musical sensation Usher’s Island will appear at a Double Headliner concert on St Patrick’s Day at 7pm in the Watergate Theatre.

Usher’s Island sees the coming together of five of the most influential and acclaimed names in traditional Irish music including, Andy Irvine and Donal Lunny, both members of Planxty, Paddy Glackin a founding member of The Bothy Band, Mike McGoldrick of Lunasa and Capercaillie and John Doyle who played with Solas.

Each is a talented soloist in their own individual right, but in this new band they offer a blend of old and young and of vocal and instrumental talents that results in exceptional music. Combined with the enchanting sounds of Eleanor McEvoy this is set to be a very special Double Headliner concert not to be missed.

Eleanor McEvoy has enjoyed both national and international success throughout her career and received much critical acclaim. Naked Music is the title of Eleanor’s new album, recorded alone in the studio to create an intimate collection of her music at its most raw - one instrument, one voice, performed live. Best known for her songs Sophie, Harbour, The Secret of Living and of course Only A Woman’s Heart, Eleanor’s new album features exclusive artwork by the famed painter Chris Gollon.