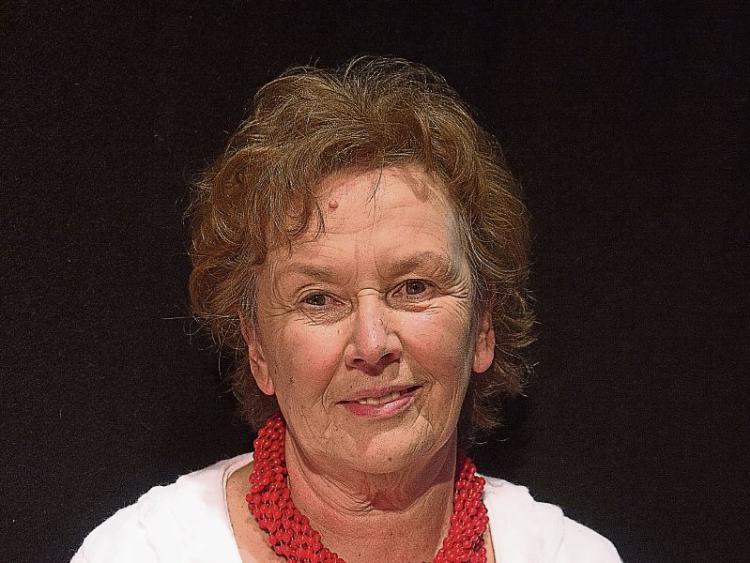 We are a nation of storytellers. Ireland's commitment to the art of weaving a good tale lies at the very heart of this island’s famously sturdy sense of nationhood.

Artists are we, our cultural heritage the bricks and mortar that bridge us to an ever present past.

This statement is as true of Kilkenny as it is of the country as a whole.

Though famed for its thriving arts scene, theatre, in Kilkenny, has long been at the helm of the county's social and cultural life; an art form that has not only survived the generations, but one which has thrived in its passage through time, carrying with it the stories and lives of those performers who allowed for its sustenance through the years, connecting us forever to the storytellers of our past.

Nowhere is the arts' capacity for connectivity more obvious than in its habit of seeping from one generation into the next, from parent to child like a gift that sings with the voices of its ancestors.

Miss Kitty Free bestowed such a gift upon her daughter, one Ann Hurley.

This was a "baton-passing" occasion which would mark, for Ann, the beginning of a long and auspicious affair with the stage.

Kitty Free was widely recognised as the most competent stage actress of her time, performing regularly with the Gaelic League Dramatic Class in Stallards, the building on Patrick Street where Zuni’s now stands. "Crohoore of the Billhook" (1927) and "The Mayor of Windgap" (1929) are just two of the many plays that saw Kitty Free charm audiences with her natural acting abilities and luminous stage presence.

One review from the Kilkenny People of Free’s performance in “The Mayor of Windgap” read “Perhaps the greatest success of all, at least as far as the ladies were concerned was Miss Kitty Free as Miss Annie Kennedy, the leading lady.

“From start to finish she displayed a talent that won well deserved applause; a matter of special note being the fine, rich, clear voice with which she spoke her part.”

Kitty Free’s generous contributions to the arts in Kilkenny has been mirrored by her daughter Ann’s distinct, enduring presence in the world of performing arts, both locally and nationally. In 1971, Ann joined The New Theatre, starring as Nora in Sean O’Casey’s “The Plough and the Stars”.

Ann was also a prominent member of Kilkenny Musical Society, Gaslight Theatre Group and Pan Productions, with whom she bore the tremendous artistic weight of delivering a one woman show in 1977 entitled “I Remember it Well”.

It was not long before Ann’s instinctive grasp on the fundamentals of dramatic performance drew her toward the Director’s Chair. It was a role she blossomed in. In 1987, the Kilkenny native travelled to Sweden and, later, Czechoslovakia to direct “Interview”, a play by Jean Claud Van Itallie.

In 1997, Hurley relocated to Naas, Co. Kildare where she took on the position of Regional Director for the Special Olympics’ Leinster Division.

Naturally, she continued to act and direct, nurturing that undeniable talent for artistic expression for which she had become both widely recognised and highly regarded. She joined Naas drama group, “The Moat Club” and, whilst there, undertook a litany of acting and directorial roles to add to her ever expanding theatrical C.V.

Ann’s gift for acting has earned her much praise and esteem within the acting community and has, over the years, been regularly acknowledged with various awards and accolades, including two All Ireland nominations for Best Supporting Actress for her performances in “By the Bog of Cats” and “Steward of Christendom”. In 2000 she won the award for her role in “Portia Coughlin”.

Ann’s next appearance on stage will see her return to Kilkenny to perform in Watergate Productions’ upcoming show, “Steel Magnolias”. This after an absence of almost fifteen years from the Kilkenny stage.

The play, which will be familiar to many due to the film adapation’s success at the box office in 1989, is set in the state of Louisiana and tells the story of six women who come together to form a close friendship inside the humble surroundings of a ladies’ beauty parlour.

The play deals with some weighty issues, but manages to do so with a degree of warmth and wit often associated with the spirit of hospitality that abounds in America’s southern states.

“Steel Magnolias” will run from February 23rd to 25th and from March 2nd to 4th with all shows starting at 8 p.m.

Tickets are available from the Watergate Box Office (0567761674) or online (www.watergatetheatre.com).

Directed by Don O'Connor the cast members will include Clare Gibbs, Colette Browne, Cathy Lawler, Elaine O’Hara, Maeve O’Flynn, and, of course, Ann Hurley who will, no doubt, graciously share with us that gift for storytelling she has in her possession; a gift which has, over the years, served countless audiences so well.

How fortunate we are. Theatre, here in Kilkenny and beyond, is the better for having her be a part of it.