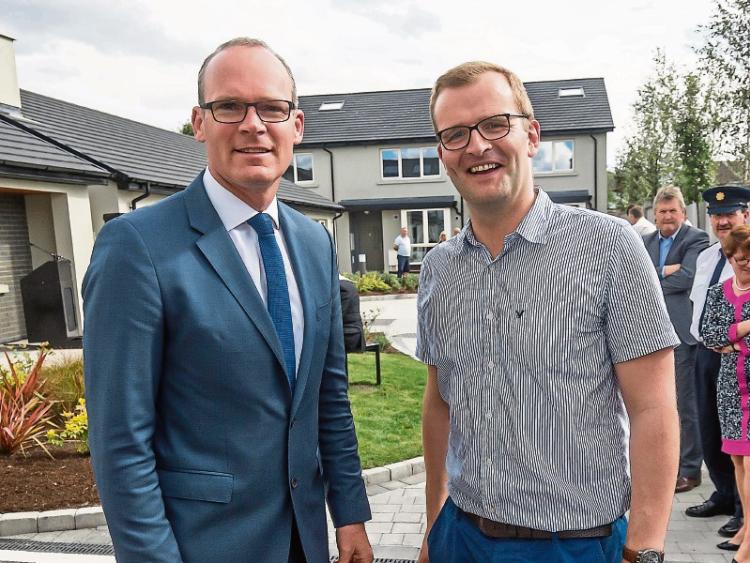 Fine Gael Minister Simon Coveney has been accused of bare-faced cheek and of contradicting himself on the Waterford landgrab affair.

He has also been charged with giving his support to the annexation of 15,000 acres of Kilkenny land to Waterford by the tone and words in his press statement on the issue, released this afternoon.

A fuming Deputy John Paul Phelan of Kilkenny has asked for Minister Coveney to consider his position and ask himself if he should remain in office following his intervention in the hugely contentious issue.

“He is a disgrace by the language he is using and it is giving approval to Waterford for the landgrab.

"I am calling him out on this, he should step aside if he is going to act like this and fail to be impartial.

“He can't play games with the lives of the people of South Kilkenny," Deputy Phelan said.

The TD who lives in the area being "handed over” to Waterford by Coveney said that his Fine Gael colleague and senior minister had bare faced cheek to say in his statement that he wanted to encourage people in the counties with the boundary reviews to take part in the consultation process.

“He has some neck to say it's an important opportunity for them to get their views across on the future of their counties when the three man boundary committee for Kilkenny-Waterford completely ignored the views of the people.

"Of the 21,000 submissions received on the proposed Waterford extension into Kilkenny, over 19,000 were against it - that's a landslide.

"How can he have the gall to say this and then have the opinions of the people involved ignored.

“It's a betrayal and I and the people of Kilkenny are not having it,“ Deputy Phelan said.

Earlier today, Minister Coveney said the Kilkenny boundary change would give Waterford City Council control of the immediate hinterland of Waterford City and include provision for the expansion of that area to cater for forecast population and economic growth of the regional centre.

south of the N25 bypass road to the control of Waterford City and County Council, but retaining the village of Slieverue and the port at Belview in the local government area of Kilkenny County Council," he added.

"Clearly the recommendations in the Waterford report would have significant implications. I will not be rushing to make decisions.

"There are fundamental issues of county and cultural identity as well as economic and social factors that need to be carefully considered. I

government in Ireland and also the development of Ireland 2040, the new National Planning Framework over the coming months," he said.