Councillor calls for symbolic gesture in opposition to Trump presidency 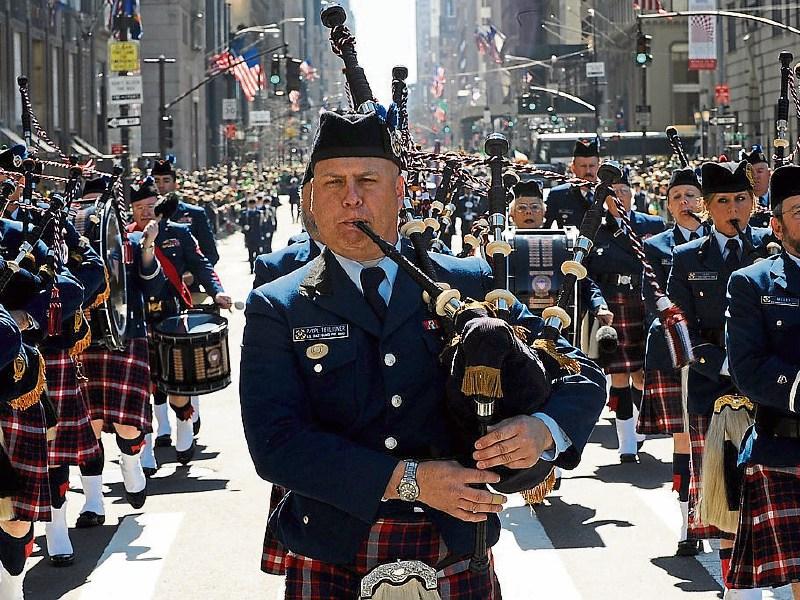 A plea to Kilkenny County Council not to send anyone to New York for the annual St Patrick's Day parade was shot down by a majority of local councillors yesterday evening.

It has been a tradition in recent years that a delegation from the council, including the Cathaoirleach of the day, visits New York in March to take part in the celebrations, and have meetings with various groups and individuals.

On Monday, a Notice of Motion, from Sinn Fein councillor David Kennedy, called on the council to 'act in solidarity with all faiths and races' and not send anyone to the USA to take part in the March 17 celebrations. Following a speech in which he expressed serious concerns over the Trump presidency, his Notice of Motion was seconded by Cllr Sean Tyrrell (Sinn Fein).

Cllr Kennedy said the Notice of Motion did not state a position on national leaders' visits, and that it was instead a symbolic gesture by Kilkenny's local authority. He said he had spoken to people here who would prefer to see their Cathaoirleach marching in a local parade, and not in New York.

While several of the other councillors said they agreed in principle with Cllr Kennedy's proposal, they said they would not support it.

“I won't be supporting it,” said Cllr Mary Hilda Cavanagh.

Cllr Breda Gardner (Ind) also said she would not support the motion.

“I believe communication is vital,” she said.

“I think it is very important that you, chair – or whoever goes –  takes the opportunity to keep the lines of communication open. It the way forward.”

Cllr Malcolm Noonan said he supported the sentiment expressed by Cllr Kennedy, and – as chairman of the Kilkenny Integration Forum – had many concerns about the Trump presidency. However, he too could not support it, and this was echoed by several council colleagues.

The Notice of Motion was defeated.