Work expected to begin on 38-unit development this year 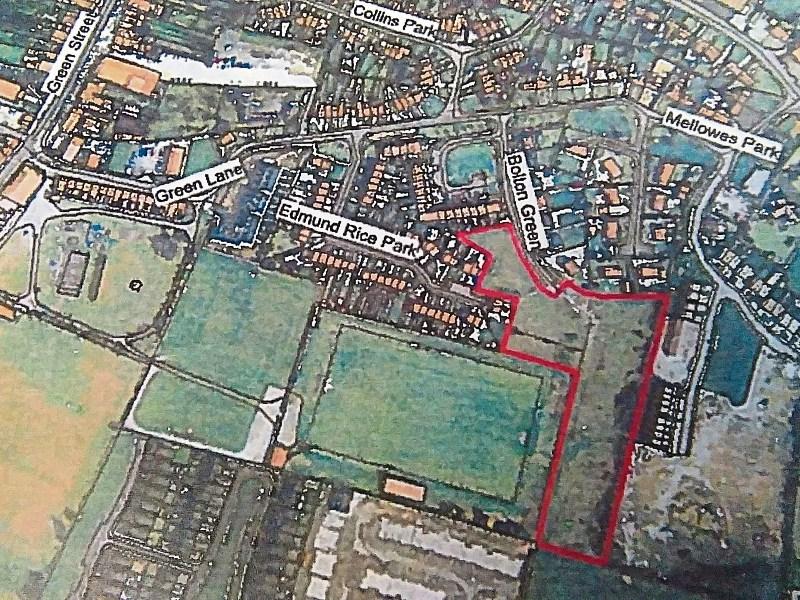 A new 38-home residential neighbourhood is to be built in Callan, with work expected to begin on site this coming autumn.

Approval for the development was given by the members of Kilkenny County Council on Monday, following the period of public consultation.

The development, at Bolton in Callan, includes a mix of one, two, three and four bed units — in keeping with the identified housing need in the locality. It will include 11 one-bed cottages; two two-bed, single storey houses; nine two-bed terraced units; 14 three-bed semi-detached units; and two four-bed semi-detached houses.

At Monday's council meeting, senior executive engineer Eimear Cody reminded councillors that the site is at the back of John Locke's GAA facility.

Ms Cody said there will be sufficient parking for all the units, and a pedestrian gate has been added to allow access to John Locke's, as per the club's request. The units will also be wheelchair accessible.

Ms Cody said there had been a meeting with local residents back in September, while the local GAA club had also been consulted. There were no submissions made by members of the public during the consultation phase.

“It's good news for people on our housing list,” he said.

“It started in the city with [the Gaol Road development], and now it's coming to Callan.”

“I'm particularly delighted to see the mix of one, two, three and four-bedroom,” she said.

Following the approval of the elected members, detailed design and a tendering process for the development will be advanced with a view to having a contractor on site by the third quarter of 2017.

“The council welcomes the fact that consultations with existing local residents advised the design proposals,” he said.

“As Cathaoirleach, I also look forward to the Council advancing similar schemes throughout County Kilkenny as more and more council-led housing projects emerge under the Rebuilding Ireland Programme.”