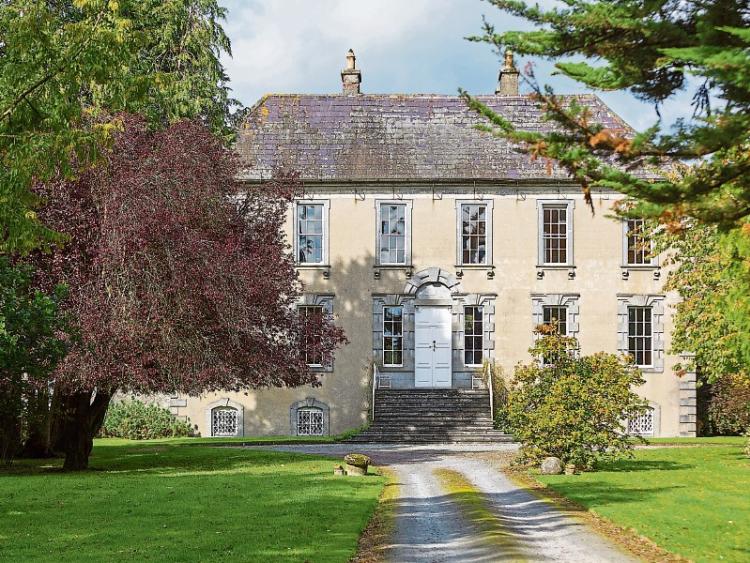 One of the most historic homes in Kilkenny has just hit the market - with a price tag of €1.1 million.

Bonnettstown House, once known as Hall, is a stately Georgian manor just three miles from Kilkenny city in one of the most picturesque regions of the county.

And the land it stands on once was home to the famed O'Shee clan - leading Irish nobility. The place has alwys maintained that air of nobility since it was built in 1737 by an eventual Mayor of Kilkenny, one Samuel Matthews.

Matthews home was an elegant destination, a two storey over basement residence which comes with a 28 acre walled garden.

The sale of the property is being conducted in Kilkenny by joint selling agent, auctioneer Andy O'Keeffe of John Street, Kilkenny.

Many of the stunning features of the home are made of limestone, from the steps leading to the front door to interior features like the limestone fireplaces.

Whoever purchases this home will be the fourth owner of the property in almost 300 years.

The remains of O'Shee's 11th century castle can be seen in the garden and after Samuel Matthews sold his home, it went to the Knox family with local lore stating a Russian princess, one Madame Lubov Glebov, lived in the attic at one time.

The current owners have enjoyed almost four decades of family life at the property which has featured in the collection of well known American photographer, Andrew Bush. Viewing by appointment.