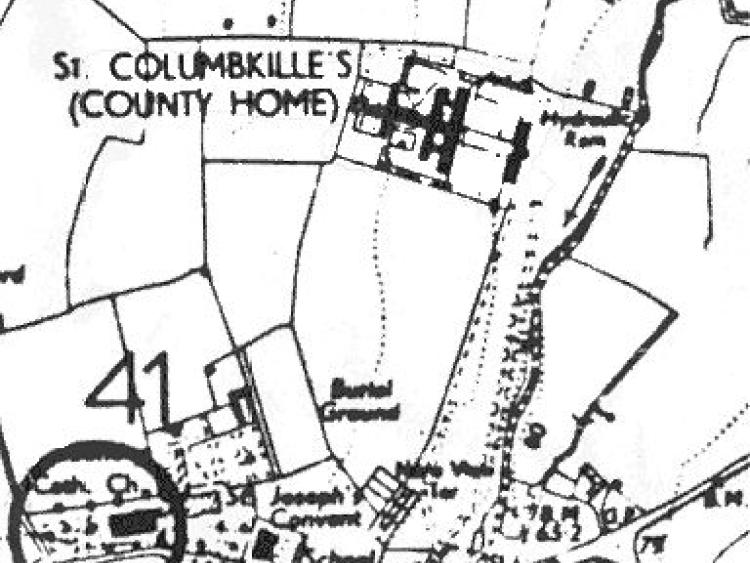 Burial arrangements for unmarried mothers and their babies and children who died in the Thomastown County Home are being examined by A Commission of Investigation.

It is not known how many babies and young children died at the Home which operated from 1923 until it closed in the mid fifties.
In an extract from the Register of Deaths seen by the Kilkenny People there is a record of a three-month-old child who died at the home in February 1949 from enteritis.

The Commission has been established to investigate the experiences of mothers and children in 14 Mother and Baby Homes and a number of County Homes between 1922 and 1998.
A confidential committee has also been formed and is meeting with anyone who was a resident or worked or had specific knowledge of the homes.
Under its terms of reference, one of the Commission of Investigation’s tasks is: “To investigate post-mortem practices and procedures in respect of children or mothers who died while resident in these institutions, including the reporting of deaths, burial arrangements and transfer of remains to educational institutions for the purpose of anatomical examination.”
Thomastown is one of the four County Homes being examined by the Commission and burial arrangements for unmarried mothers and resident babies/children of unmarried mothers there must also be investigated.
The Commission will also be examining treatment of unmarried mothers and their children in the Thomastown home from 1922-1952.
Following the discovery that 796 babies and young children died at a Mother and Babies Home in Tuam, it is expected that similar excavations will be carried out at other large mother and baby homes.
A spokesperson for the Adoption Rights Alliance, who advocate for equal human and civil rights for those affected by Ireland's closed secret adoption system said that it is not yet known whether the four county homes will be included in any excavations.
“All that can be said with any certainty at this stage is that the possibility of excavations can’t be ruled in or out,” she added.
It is not yet known how many unmarried mothers and babies were in the Thomastown County Home.
The former workhouse became St Columbcille’s county home in 1923 and continued to take in unmarried mothers and their children as well as the homeless and destitute. Many unmarried pregnant women gave birth in the home and their children went to the convent school in Thomastown, unless they were adopted.
The county home took in people from a wide area that included Thomastown, Callan and Dunamaggin. The building was a county home until the 1950s. In 1957, it became the present St Columba’s Hospital and has cared exclusively for the elderly since.