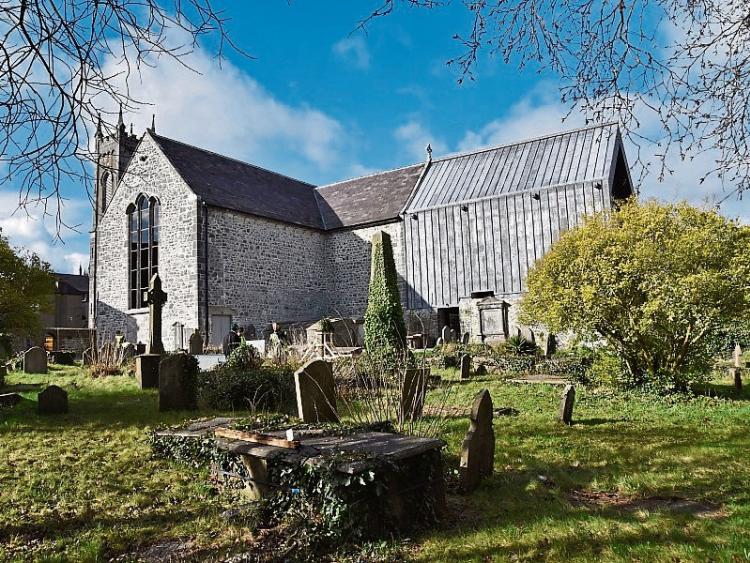 Following the opening of St Mary’s Church as a museum to the public last week, a call has been made to focus attention on the restoration of the historic graveyard, the Alms houses and development of a public garden.

Green Party Councillor Malcolm Noonan, who secured funding to help purchase St Mary’s as mayor in 2009, has stayed close to the project over many years.

"Our restoration and conservation committee set up shortly after Kilkenny Borough Council purchased the site from the Church of Ireland oversaw the successful restoration of the Shee Family tombs and monuments in 2013. It was a hugely successful project for a very modest outlay of €54,000" said Cllr Noonan.

He is proposing that Kilkenny County Council lead a process with the local community to oversee the restoration of the remaining significant monuments in the graveyard - notably the Bryan Vault, but also many more documented funerary monuments that have been catalogued in various surveys. He also would like to see the alms houses fully restored that could possibly house some of the collection of Kilkenny archives, the writings of John Bradley and act as an academic research centre into the evolution of historic Irish towns.

"The church is amazing; a truly stunning restoration and I am delighted to see the museum open to the public," said the Green Party councillor.

"But it’s only part of the story of this amazing site. Restoring the graveyard monuments and creating a little pocket park that attracts people to relax and attract wildlife, bees, butterflies and birds in this lovely refuge, a few steps off of the bustle of High Street would be the consolidation of Ireland’s most intriguing heritage sites."

Cllr Noonan said the fact that the lease of St Mary’s to the Civic Trust did not include the graveyard or alms houses, so this creates an opportunity for a local authority-led project that would include community engagement and awareness. He also said that priority should be given to establishing a relationship between St Mary’s and the Tholsel, and St Mary’s and the surrounding buildings, Shee Alms house, laneway and steps including improvements in public lighting and paving.

"I think that the restoration of the remaining monuments could be carried out for very modest funding and could support further skills courses in traditional building skills," he said.

"It's essential that we tell the whole story and that the context of the whole site is understood to visitors. I am hopeful that my proposal will be taken on board and that we can develop this as a public space that can be shared by the living and the dead."