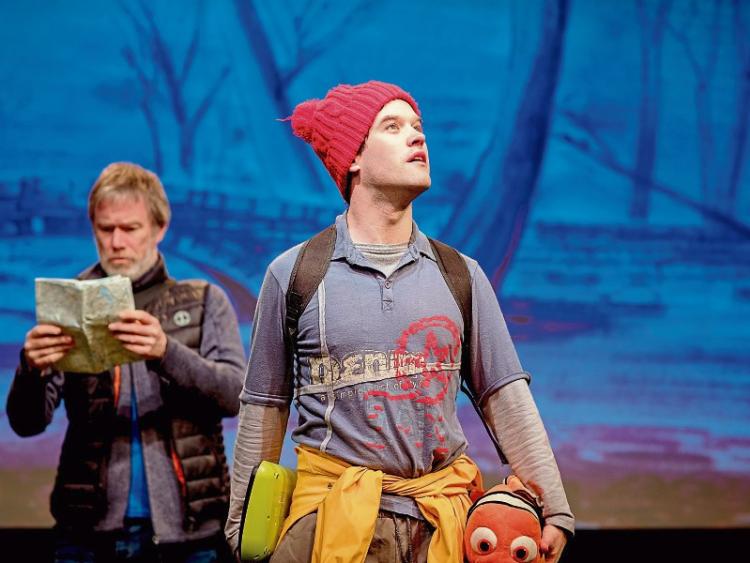 Over the past two weeks local schools have been enthralled by Star Chasers, Barnstorm’s newest play for young children.

A modern-day adventure, Star Chasers sees Billy and Dad heading north with just a tent and a box full of Mam’s memories. On the way they pitch their tent, conjure Mam’s stories and quarrel as they seek journey’s end and a new beginning.

Star Chasers is a rich exploration of the relationship between a parent and child and their attempts to come to terms with the shared loss in their lives. One teacher remarked after the play that it is 'a beautiful way to deal with a difficult subject'.

Director Katy Weir explains: “We did some work with actors on an idea about a boy and his dad going on an adventure to deliver his mum’s memory box to where ‘the sky dances’. Billy and his mum shared stories and they talked about the aurora borealis – the northern lights – and this is where the sky dances.

On their journey north, Billy and Dad get to know more about each other and how they can be okay together. It’s not ignoring the fact that mum has died – we know from an early age that this happens and it is sad - but we look instead at ways that Billy and Dad overcome it, how they work together to deal with it and come out the other end stronger.”

This weekend families in Kilkenny have the chance to see Star Chasers, described as a tapestry of music, movement and magical imagery. Some of the imagery came from Kilkenny schools who were invited to contribute paintings and drawings of three stories that feature in the play. A wonderful array of visual art from St Canice’s Mixed NS and CBS Primary School was sent to set designer Andrew Clancy, who used a selection in video projections as part of the set design.

Writer Scott Young says that “Ultimately Star Chasers is a play about family. It does not shy away from the challenges of encountering change and loss, but it really focuses on finding and celebrating what it means to be family.”

After the play a young audience member asked “how many days until we can see it again?” - a ringing endorsement of quality theatre for children, produced here right on our doorstep! Don’t miss this one.