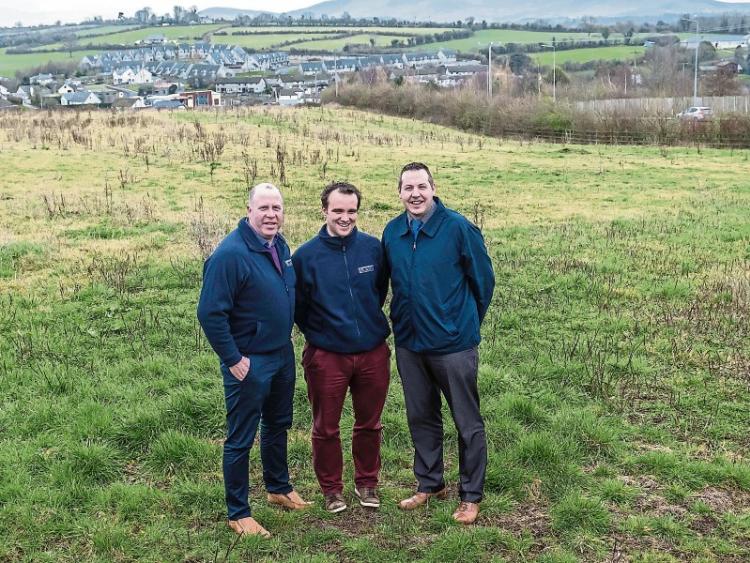 It has been confirmed that work is to commence on March 20 for a new €1.1 million state-of-the-art fire station for Graiguenamanagh following the signing of contracts last month.

The new station will be located on council lands located on the ring road.

Cllr Peter 'Chap' Cleere said that the new station will be a huge improvement on the current facilities in place.

"It is hoped that the building works will be complete by the end of the year," Cllr Cleere said.

The new station replaces the old one located on High Street, which dates back to the 50s. The nine-crew station covers a fireground population of 7,000 - with a fireground area of 251km squared. The area primarily provides cover from Goresbridge, Skeoughvosteen, Graiguenamanagh and The Rower.

Cllr Cleere welcomed the news the work is to commence on the new station. "It has been long overdue and is badly required in the town." He added that it was something the outgoing county council as well as previous councils had been campaigning for over a period of time and he was glad to see their endeavours finally come to fruition.

With increases in population, there is a great demand for services like this, added Cleere

The Fianna Fáil member paid tribute to all the former firemen who served the town with distinction and the current nine men who hold the positions. "They provide a valuable service for the area and it is much appreciated by all the residents." He also thanked the chief fire officer John Collins for all his help and co-operation in securing the new station for the town, along with Director of Services Simon Walton from Kilkenny County Council. He also wished McStan Construction Ltd, who are the contractors appointed for the build all the best of luck in the coming months.

Chap also said he looked forward to seeing the new station opening by the end of the year.

Cllr. Cleere added that the town is lucky to have such dedicated and committed fire staff and they were entitled to work and train in good conditions. "This state-of-the-art fire station is certainly a welcome addition to the town and long overdue," he concluded.