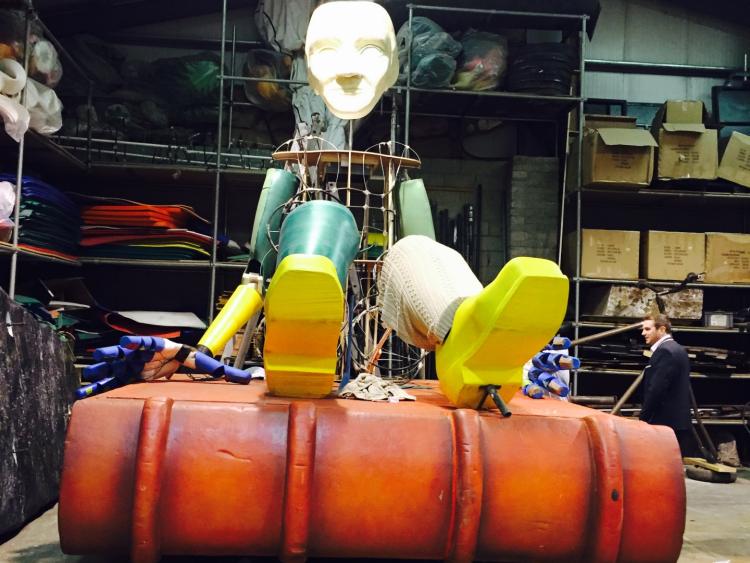 The puppet from Buí Bolg

The St Patrick’s Day Festival Kilkenny is making a final call to community groups in Kilkenny city and county, to inform them that it’s not too late, and the festival is still accepting submissions for those eager to be involved in the 2017 parade.

The St Patrick’s Day Festival has already been inundated with interest in the parade, and this year the festival has a greater variety of participants than ever before. There are still some places left, and so the festival is encouraging anyone who might be interested to get in touch.

Buí Bolg productions, the Wexford-based street arts company has been recruited this year to bring the ‘Jonathan Swift’ theme to life. Famous all over the world as the author of ‘Gulliver’s Travels’, Jonathan Swift was educated at Kilkenny College, which now headquarters Kilkenny County Council. The theme for the 2017 St. Patrick’s Day festival was chosen to pay tribute to and to celebrate Swift’s heritage in Kilkenny.

Malcolm Noonan, Chairperson St. Patrick’s Day Committee, said “We cannot wait for this year’s festivities – it’s all set to be the best parade our city has ever seen. It’s the first year where it will be an official civic event, and with the help of Buí Bolg, we think it will be taken to a whole new level. We popped down to Wexford last week and managed to see some of the behind the scenes work the Bui Bolg team have done to date, and we can tell you that spectators are in for a real treat this year’s.”

Amazing street performers that will be dotted around the city;
Dekalb High School Band;
The Pacific Northwest Intercollegiate Marching Band;
John Spillane on the Review Stage at 3 pm singing songs from his album, ‘Irish Songs We Learned at School’;
The Maguire Family Band will play a free concert in Paris Texas at 4 pm on St. Patrick’s Day;
The Vintage Fairground on the Parade;
Kilkenny libraries are hosting stories based on St. Patrick and our Irish Heritage;