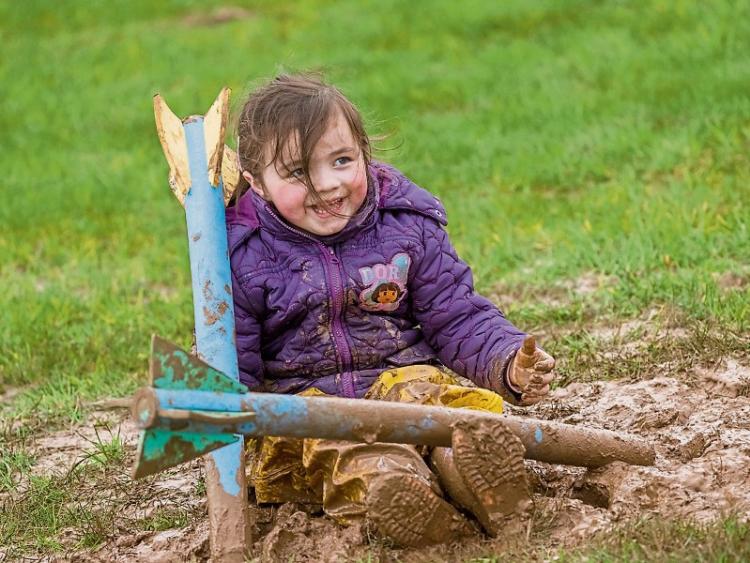 Father of four Gavin Cuddihy can see the site of the new 2.5-acre neighbourhood park proposed for Ferrybank from the front room of his house.

Like many other parents living in the area, he is looking forward to having a state-of-the-art amenity on his doorstep. Gavin was among the crowd of more than 250 people who turned out at a consultation day on the project, organised by Kilkenny Recreation and Sports Partnership (KRSP), at the weekend.

“I’ll have the best of both worlds – a place where the children can play and I won’t even have to cut the grass,” says Gavin.

“I’d love to see a play area for the children as well as a walking track with a hard surface where we can all walk in safety – and push a buggy. We usually pop in the car and go to Kilmacow to the park. It will be fantastic to have one on our doorstep.”

KRSP said it was 'thrilled' with the turnout at the weekend — and with the content and design ideas mooted by the enthusiastic children, parents, grandparents and others.

Heather Bohil and her friend, Lisa O’Brien, both brought their children to see the site. Like Gavin, they typically go to the park in Kilmacow, but said the new Ferrybank park will be far more convenient.

“All of our children are into sport and they would be great. The sooner this park is developed the better.”

The next stage of the process is the design of a masterplan. Claire Goodwin of Kilkenny County Council says the proposed masterplan will be published and further submissions will be invited before the layout is finalised.

“Preparatory work will continue on the site during the summer and early autumn,” said Ms Goodwin.

“But given the drainage on some parts the site, as we see here today, it is more likely that major works would not begin until the weather improves in 2018.”

KRSP Sports Development Officer, Caitriona Corr, said they were bowled over by the enthusiasm and the positive feedback from the local community.

Anyone who missed the consultation day can still have their say by emailing coordinators Rosie Lynch and Eilís Lavelle on parklifeferrybank@gmail.com. Workshops and other events with the local community continue over the coming weeks.