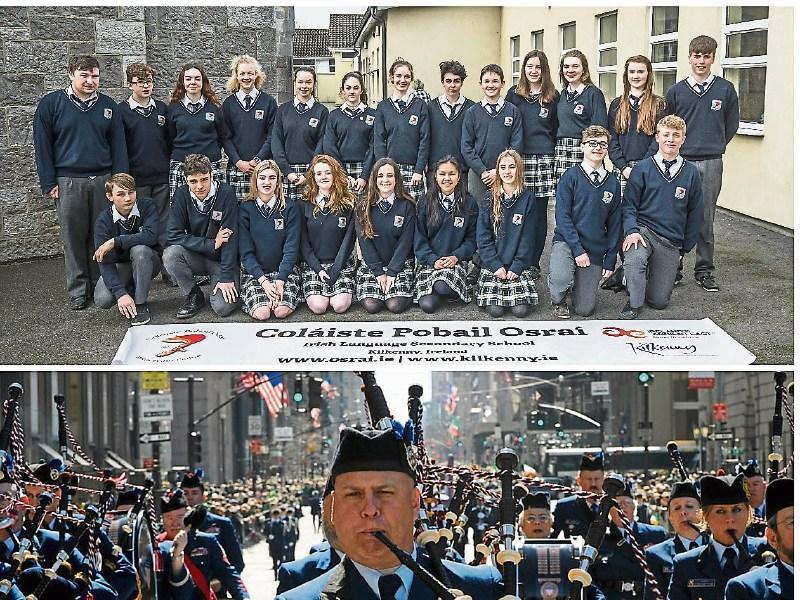 Top: The group from Colaiste Pobail Osrai. Below: The New York parade.

Proud Kilkenny marchers will have to step up to the speed of life in the Big Apple tomorrow if they don’t want to fall behind in the New York St Patrick’s Day parade.

A group of 28 students from Colaiste Pobail Osrai have flown over with their teachers to join in the festivites for the big day, having fundraised tirelessly for months. Kilkenny County Council has also sent representatives to take part in the parade, including Cathaoirleach Matt Doran.

However, organisers of the New York City parade have now announced that the parade will be moving more quickly this year – for policing reasons. The NYPD plans to limit cross-town traffic during the event, reducing the number of times the parade is stopped to allow traffic to cross.

Pedestrians will be allowed to cross Fifth Avenue only. People marching in the parade should check the parade line of march at https://www.nycstpatricksparade.org/2017lomindex/ to see where their group is assembling and at what time the group will step off onto Fifth Avenue.