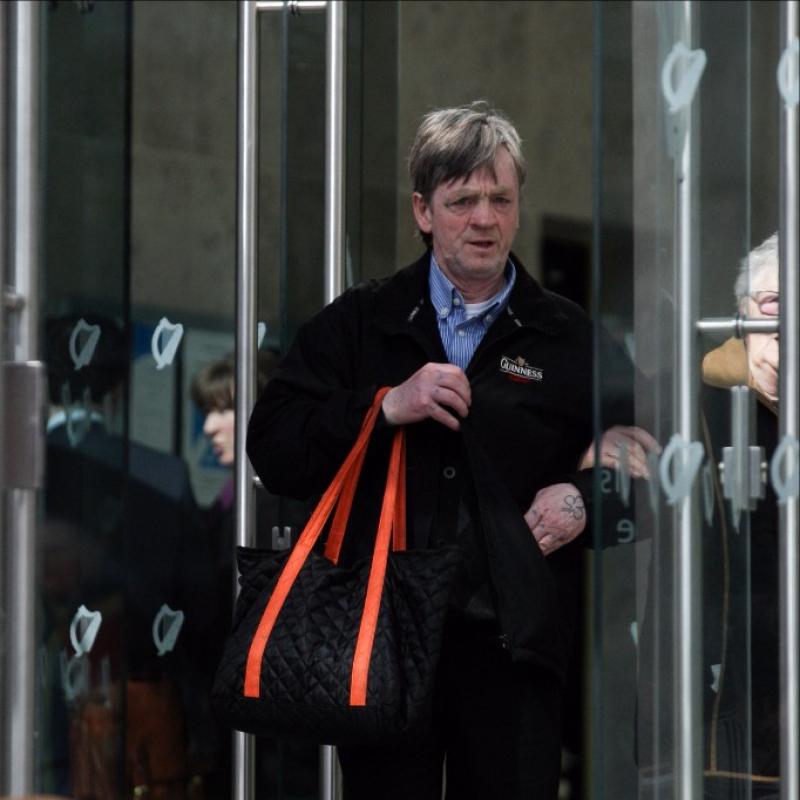 A murder trial has heard that a widowed pensioner was subjected to head injuries and strangled before a fire was started in her Kilkenny home 30 years ago.

State Pathologist Professor Marie Cassidy was giving evidence to the Central Criminal Court yesterday (Friday) in the cold-case trial of a 53-year-old man accused of her murder. John Joseph Malone is charged with murdering 69-year-old Ann ‘Nancy’ Smyth on 11th September 1987 at her home on Wolfe Tone Street in Kilkenny City.

Professor Cassidy testified that she had received the report, notes and photographs from Mrs Smyth’s post-mortem exam, which had been carried out by her predecessor. She had also been told that Mrs Smyth had been heard shouting hours before her body had been found.

She said that Professor (John) Harbison found burns to the left side of her body and scorching of her head. He also found a bruise above her left eyebrow, a graze outside it and hemorrhages around the white of the eye. He observed an intermittent horizontal pressure mark on the back of her neck and pinpoint hemorrhages below that mark. “That’s very often seen where there’s been a lack of oxygen before death,” explained Prof Cassidy. Prof Harbison had also seen bruising and swelling above and behind the ear and bleeding under the scalp beneath that bruising.

He noted internal bleeding around the windpipe and thyroid gland, at the base of the tongue and around the hyoid bone. There were several injuries to the Adam’s apple and thyroid cartilage, which was fractured in a number of places. The jury heard that there were no traces of any soot or smoke in the pharynx, trachea or lungs. Prof Cassidy said this was of significance in this instance, where the body had been removed from a house fire with burn marks. “There was no evidence to suggest she had inhaled any of the smoke, no blackening of the tongue, throat or anywhere,” she said.

Under the microscope, Prof Harbison had confirmed fresh bleeding into the tissues, consistent with recent trauma. He also examined burnt skin. “He was looking to see if there was a burn while she was alive, a vital reaction,” explained Prof Cassidy. “There was no vital reaction.” She said his conclusion was that Mrs Smyth had been subjected to head injuries and strangled manually before the fire started. He gave the cause of death as asphyxia due to manual strangulation.

Prof Cassidy said she also examined the photographs taken at the autopsy herself. She said these showed the extensive burns to her left side, from her arm down to her ankle.

She said the photographs supported the conclusion that death was due to compression of the neck. She said the bruising to the neck raised a possibility of either manual or ligature strangulation.

She said the line of grazing on the back of the neck would be seen when something long and narrow had been placed against it.

“However, there was no ligature mark around the front of the neck,” she explained. She said the strangulation could also be caused by an arm lock or a hand being put against the neck. “There was sufficient force to fracture the thyroid cartilage and for long enough to cause the petechial hemorrhages,” she said.

“The bruising to the scalp is consistent with punches or the head being struck against a hard surface,” she continued. “The trauma to the mouth could have been as a result of a blow or a hand being held against the mouth.” She said the burns were peri or postmortem.

“She was already dead when the fire started,” she explained, giving her cause of death as asphyxia due to neck compression.

The court also heard from a number of first responders to the scene in 1987.

Ciarán Cormican was the Assistant Chief Fire Officer with Kilkenny Fire Brigade at the time. He recalled that the fire, which had been extinguished when he arrived, ‘had been in a sofa’. “I took a few pictures with a polaroid camera,” he testified. “I have been unable to find them.” He told the defence that he went out the rear window of the room where the fire had been to view the rear. He recalled seeing a basic wooden ladder against the back wall of the premises. “It is certainly not a fire brigade ladder,” he agreed, looking at scene photographs taken at the time.

Patrick Starr was one of the first Gardai to the scene.

He also looked around the back of the house, as well as in through the windows. Once the smoke had cleared he could see a couch smoldering and a dead dog on the floor. “I decided something wasn’t right,” he explained. “There was something suspicious about it and I decided to preserve the scene.” He agreed with the defence that, when he got the call to the scene, he had been writing a report on an aggravated burglary that had occurred earlier in the night.

He was asked about the incident reported on Dean Kavanagh Place, but said he didn’t recall anything about it now.
He was asked for the definition of an aggravated burglary. He explained that it was a break-in to a private residence, where somebody was inside, and would include violence or a person being put in fear.

Colman Cody SC asked if he would be able to find his notes from then, but he said notebooks would be held for only 10 or 12 years.