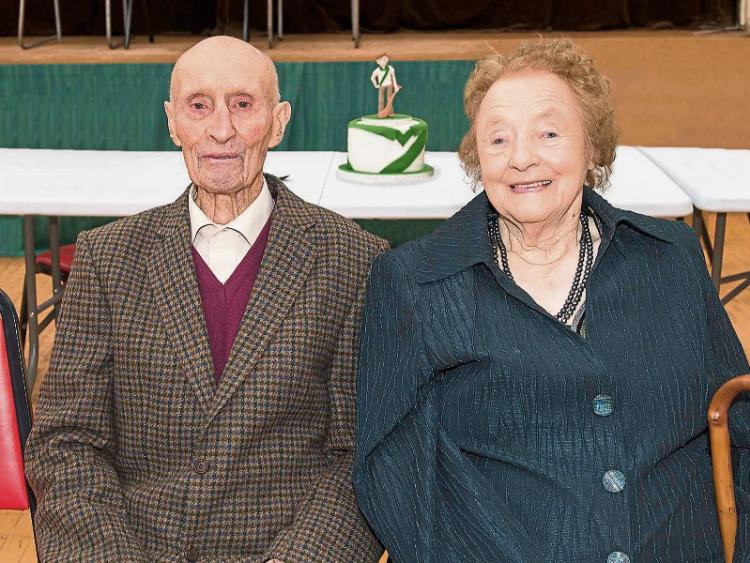 There were scenes of celebration at Tullaroan GAA Club, as it hosted a 99th Birthday party on Sunday, March 19 for Dick Walsh, The Church, Tullaroan.

After 10.30am Mass in the Church of The Assumption, where Dick was greeted with a round of applause, Dick and his extended family along with parishioners adjourned to the local community centre where ladies supplied a packed centre with refreshments. Dick is a very well-known local historian who has featured on numerous RTE Ireland Hurling previews.

Chairman of the GAA club Dick Walshe welcomed Dick and his extended family to the happy occassion. He spoke briefly on Dick's involvement in the GAA club of which he was a prominent member all his life.

He won a county senior hurling medal in 1948 and was a selector on the team which won the county final in 1958.

Dick has been the hon. president of the club for over ten years. Ned Kennedy of Freshford gave a detailed account of Dick's life.

Ned Quinn, chairman of Kilkenny County Board, was special guest, and said he was privileged to be invited to the occasion.

Later the crowd were treated to singing and music by Paddy Fitzpatrick and Claire Walsh. Dick, his wife Kitty and his family are wished all the best from the Tullaroan GAA Club.