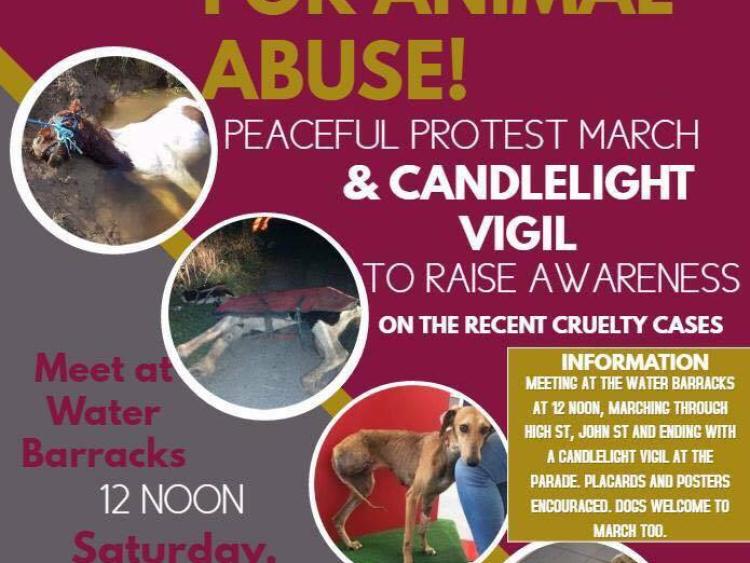 The people of Kilkenny are being asked to show their opposition to a number of grotesque incidents of animal cruelty by joining in a peaceful protest march through the city centre next Saturday (April 8).

The event, which was organised following the deaths of a number of animals, in recent weeks will start at the Waterbarracks at noon next Saturday and proceed up High Street and John Street and finish at the Parade where a candlelit vigil will be held. All are welcome, including dogs.

The protest follows the deaths of two horses in the past week in suspicious circumstances. Two dogs also required veterinary intervention, including the amputation of one dog's leg because of suspected neglect and cruelty. A baby goat also disappeared and a third goat was euthanised following an incident whereby dogs were deliberately set on the goats in a confined space.

Gardaí are investigating the reported incidents of animal cruelty and an inter-agency meeting took place on Friday to discuss what measures need to be implemented locally to prevent any further incidents.