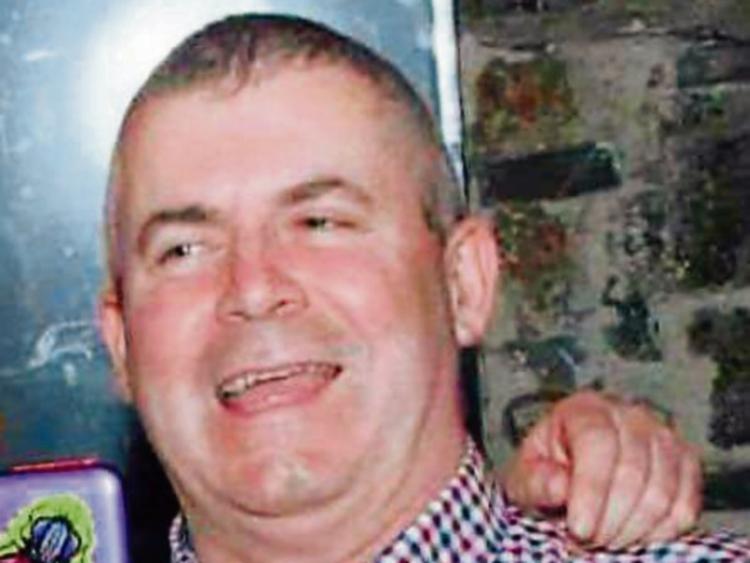 When the late Paul ‘Pelo’ Lanigan, Loughboy Park, Kilkenny suffered a stroke over five years ago, many other people would have given up on life. Not Pelo. His sunny disposition, the love of his family, and sheer guts got him through and most mornings you could see him going through his paces in the swimming pool at The Watershed and even then, he had a kind word for everyone and it is easy to see why people were so fond of him. His recovery from that stroke baffled medical experts and so when he was diagnosed with cancer in January, everyone who knew him was gutted.

Again, he battled gamely but he lost his grip on life on Sunday, March 23. He was a great husband, father, son, brother, friend and neighbour.

The 51-year-old was born and reared in Assumption Place, in the shadow of Nowlan park, with his late mother Peggy, father Michael (Icy) along with his sisters Mary and Cora; brothers Michael, Tommy Mark and David. They enjoyed a wonderful childhood. He worked hard all his life and started off as a trainee butcher in the old VG supermarket on the top of Parliament Street. From there, he went on to work in Noreside Conveyors where he was a valued employee.

He served for many, many years in the fire service and his fellow firemen came out in force for their fallen colleague.

He married his wife Joan in 1983 they had many happy years of marriage. Apple of his eye his daughter and partner in crime Kelley was born in 1994.

He was popular, determined, loving, creative, fun loving and a joker. He put on a smile on everyone's face and always had a kind word and a chat for everyone he met.

He had a wide circle of friends and was well known to all. His love for his family, his extended family and friends was extraordinary.

He was extremely gifted with his hands; inventive and was always making and building new things.

He loved the outdoors (gardening and walking with his dogs Max and Hollie) as well as painting and going for coffee with friends.

Paul's first battle with health was on the December 28, 2012 when he suffered a stroke. His fight through this illness was superhuman. He worked so hard and his sheer determination to get better was an inspiration to others.

At that time he was told by doctors that he would face many obstacles in life. He overcame them all. To Paul, nothing was impossible.

Paul faced his toughest battle this year. His illness was confirmed on January 26. His courageous fight for life was evident until the very end. He is survived by his heartbroken wife, Joan, daughter Kelley; father Michael (Icy); brothers Michael, Tommy, Mark and David, sisters Mary (Massey) and Cora, brothers-in-law, sisters-in-law, uncles, aunts, nephews, nieces, grandnephews and grandniece, extended family and a large circle of friends.