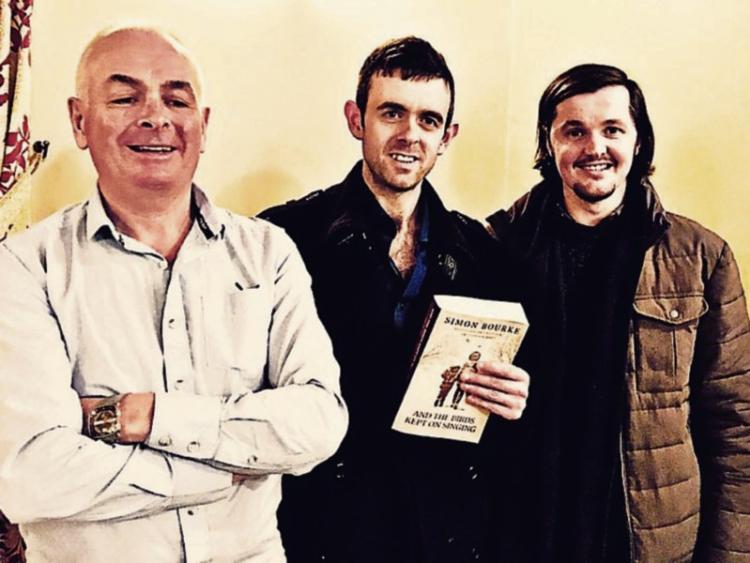 Piltown author, Simon Bourke has penned his first novel and has been receiving great reviews.

And with two sepearate endings, it has also caused a stir in literary circles.

The book begins with Sinéad McLoughlin, pregnant at 17 years of age.

She does the only thing she can think of; she runs away from home.

She will go to England and put her child up for adoption. But when she lays eyes on it for the first time, lays eyes on him, she knows she can never let him go.

Just one problem. He’s already been promised to someone else.

A tale of love and loss, remorse and redemption, And the birds kept on singing tells two stories, both about the same boy.

In one Sinéad keeps her son and returns home to her parents, to 1980s Ireland and life as a single mother.

In the other she gives him away, to the Philliskirks, Malcolm and Margaret, knowing that they can give him the kind of life she never could.

As her son progresses through childhood and becomes a young man, Sinéad is forced to face the consequences of her decision.

Did she do the right thing? Should she have kept him or given him away?

And will she spend the rest of her life regretting the choices she has made?

Having spent the majority of his teens and twenties wondering just what would become of him, Simon chanced upon a hitherto unrealised ability to write.

This ability, compelled him to enrol as a mature student of Journalism at the University of Limerick.

His dreams of super-stardom were almost immediately curtailed by a punishing, unexplained illness which took away three years of his life but perversely, enabled him to write the book.

Those were dark, depressing years but in spite of the toll they took on him, Simon understands were it not for that illness he would never have found the wherewithal to pen this, his first, novel.

He has since returned to his studies. If you were to ask him to tell you which career he’d prefer; journalist or novelist, he would smirk to himself and say that it’s impossible to make it as a novelist these days. He would then smirk some more and say that journalism is a dying industry.

Simon is a nephew of Piltown playwright, Ger Bourke.