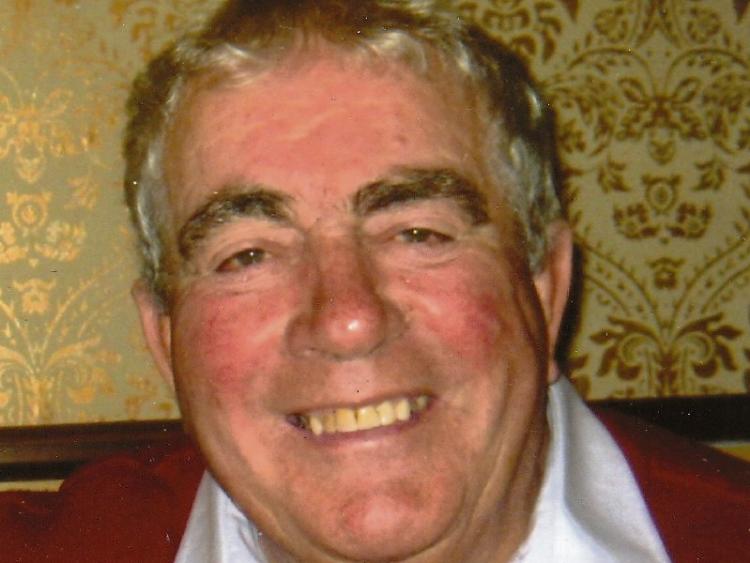 The parish of Paulstown and the entire Kilkenny community lost one of its finest sons recently with the passing of Jack O'Neill. Jack was one of those larger than life characters that you are blessed to meet. A great family man, from a big family himself, your day was brightened when you met Jack. He was a leading light in his community, a trusted man with broad shoulders who brought levity with his quick wit and winning smile.

Jack was born on January 2, 1939. He was the second eldest of a family of 15 children, eight boys and seven girls, to the late Andrew and Teresa O’Neill, Garryduff, Paulstown.

His brother Tom died in 1987 following a road traffic accident and his brother Eamon died in 2001 in England.

He attended Paulstown National School up to the age of 14. He then worked for local farmers for the next two years. At the age of 16, Jack went to Sheffield, England where he worked for a year. He returned to Ireland as he missed the GAA too much, in particular, the hurling. On returning home he got a job in Red Mills, Goresbridge as a lorry driver. He worked there for the next 25 years.

In 1962 they got married and went on to have six children - Tony, Eddie, Andrew, Teresa, Jennie and Jacinta, 16 grandchildren with another grandchild due in April. They would have celebrated 55 years of marriage this year.

Jack left Red Mills in 1984 to become self- employed. He started selling vegtables door to door and later rented out videos and was known throughout Carlow and Kilkenny.

In 1986 Jack and Mary opened Budget Video in Carlow and two years later opened a newsagentes in Bagenalstown. They worked alongside Tony, Jennie and Jacinta in the shop until 1999 when Jack sold the shop and retired.

Jack was a huge part of the community of Paulstown. He was a member of the development commitee for many years. He was one of the trustees of the parish community GAA pitch. Jack was involved in signing for different  projects for the village including the grant for the boxing hall and the village playground.

He organised the Tom O’Neill memorial cup for the underage team - in honour of his late brother.

Jack was very involved in sporting activities including hurling, football, hockey, badminton and going to the golf course, where he met the lads. And Jack really enjoyed the craic both on and off the course - he loved his game of golf but more importantly he really enjoyed the comraderie and fun.

He was a member of Borris Golf Club for the past number of years.

He was a player, selector and President of Barrow Rangers in his lifetime. He was also a selector for the Kilkenny County Board football team and had to step in to play in one match himself in Clare when they were short one player. He was the bus driver that day - and Jack made national news.

He was well known for his passion of the game and could be quite vocal on the sidelines encouraging the team to victory! He was as passionate a player as he was supporter. The family were very honoured when members of Barrow Rangers formed a guard of honour at the funeral mass for Jack.

Jack was a huge fan of Kilkenny hurling and attended all their matches up until a few years ago when he just attended the league games in Nowlan Park. The Walsh Cup was the last match he went to. When he stoppped going to Croke Park he would watch the televised matches in Paddy’s Pub and would continue his vocal support of the team.

Jack was very proud of his grandsons hurling abilities – Jamie, Sean and Eamon who are on the Carlow county development squads and Kieran who is currently on the Kilkenny county development squad. He loved seeing them with a hurl in their hand. He would have also been so proud of Kierans recent All Ireland Handball Championship  win in Galway and would have wanted to know every detail of the game.

He was a very sociable person who loved meeting people and having a chat. Mary and himself loved to dance and met a lot of people over the years who shared their passion of dancing.

Jack died suddenly and unexpectedly at home on 25 February. His funeral mass took place on 28 February and was celebrated by Fr. Michael (nephew), Fr. Jimmy and Brother Ignatius (family friend). The grandchildren and one great grandchild took an active role in the Mass by serving the Mass with the priests, saying the readings and prayers of the faithful, carrying up the gifts and personalised items of impotance to Jack. Burial took place in the Holy Family Cemetery, Paulstown.

Brothers and sisters in law and  nieces and nephews.

His passing is sadly mourned by his family and extensive circle of friends, who no longer have the company of a great man, but the memories and example of a man who made this world a nicer place to be.