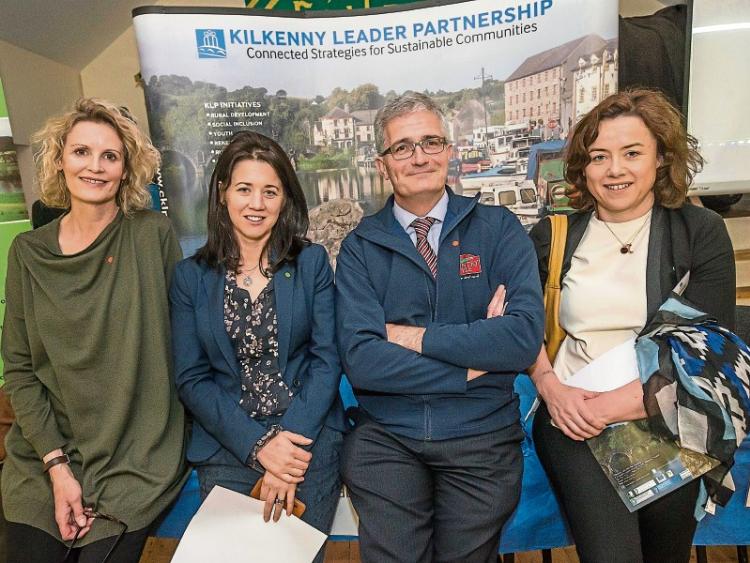 Despite its proximity to Waterford City, CountryStyle Foods in Kilmacow has to contend with very slow broadband speeds.

That's the reality for the company's managing director Rory Williams, who's had an ongoing interest in the National Broadband Plan since early details were announced.

At a thinktank on rural broadband in Kilkenny last Thursday, Mr Williams said the real tragedy of poor quality broadband is its impact on young people — and, potentially, the businesses of the future. Given its importance today, he likened not providing broadband to going into a school classroom and taking a pen from a child.

“None of us know where the next Google or Facebook or Glass Eye is coming from,” he said.

Mr Williams is a member of the Kilkenny Broadband Action Group (KBAG) set up to look at broadband.

“We sat down at a meeting and said let’s see what’s out there,” he says.

“What have people done?”

KBAG then visited sites in the UK where different solutions have been applied.

The first visit was to Cumbria where a 'top down' approach was being implemented. It was an insight into the various difficulties they faced, including trying physical terrain, and even historic problems

Mr Williams also spoke about Rakala in Finland — a rural area which relies on tourism. They were increasingly finding that young people weren’t visiting anymore.

“And so it became a community-led idea, and they reckoned if they could get fibre broadband it would bring more people into the area,” Mr Williams told the meeting.

Another visit was to Lancashire, where a community-owned network, ‘B4RN’, was founded by volunteers.

“It turned out to be a fascinating rural community project where they considered a variety of options and then formed a co-op community,” says the CountryStyle managing director.

“It was a very powerful model, and it spread then. Because the next parish said ‘if they can do, we can do it’. It then became a social funding model, and the funds generated stay within the community.”

B4RN did have the benefit of an existing coterie of people, and some other advantages, but Mr Williams said the model had worked very well for the community there.

“It allows them to be co-owners of the internet, not consumers,” he said.