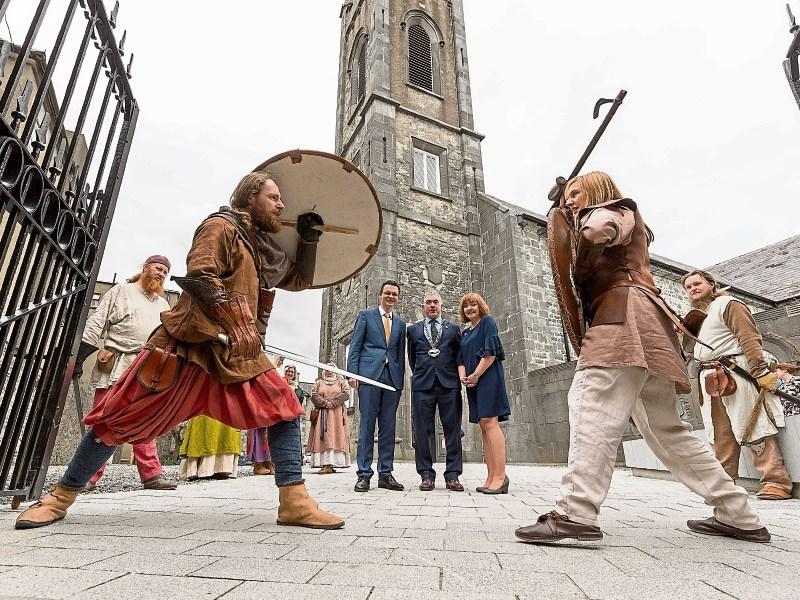 New plans to grow Kilkenny's tourism appeal are moving forward, with a process now under way to identify key stakeholders and sites around the county.

Meetings are being arranged with interested parties and organisations in the three municipal districts with the ultimate goal of converting local assets into one coherent tourism proposal. At last week's meeting of the Piltown Municipal District, councillors discussed a number of possible attractions in the area, and who might be involved in a ‘destination group’.

Director of services Mary Mulholland said the idea was to come up with community hubs or destination groups – and to decide what they are going to do and be. This may include local businesses, people in the tourism industry, Kilkenny Leader Partnership, and others.

“You can’t say the whole county is going to be a destination hub,” said Ms Mulholand.

“So, consider in the Piltown Municipal District - is there a defined area? Maybe there are two.”

Once the stakeholder group is formed, more progress can be made. Ms Mulholland said that, to start that process, the members should look to hold an initial meeting in mid-May. There is a desire there to use the momentum from the recent opening of the Medieval Mile Museum (pictured), and the growing success of the Ireland’s Ancient East brand.

Area chairman Ger Frisby said what was missing in south Kilkenny was a ‘link’ to get people out of the city and into the county.

“Waterford is a destination here, and we in south Kilkenny are a link between Kilkenny and Waterford,” he said.

“We need to keep tourists in the south-east and in this region.”

Cllr Melissa O’ Neill asked if the local PPN could be included. Ms Mulholland said yes, and proposed that the PPN be a stakeholder.

She said that the intention was not to compete with the big attractions such as Kilkenny Castle and Waterford Crystal, but to see what could be added.

Cllr Eamon Aylward said there was scope potentially to develop a couple of areas, listing a number of potential attractions including Poulanassy Waterfall, Tory Hill, and Harristown Dolmen.

“I know you don’t want to have them dotted all over the place,” he said.

Cllr Tomás Breathnach said that Brian Tyrrell had been at pains to emphasise the idea of ‘one Kilkenny’, and it was important that if this process was started that it was let evolve, but not let finish. He called for the establishment of a regional forum.

Cllr Eamon Aylward noted the pre-planned routes and tight schedules of the big tour operators, which he said may not be conducive to stopping somewhere for an hour or so to wander and look around.

“I think focusing on the big tourism operators — if we go that route, we are going to be left behind,” he said.

Ms Mulholland said that the ‘one Kilkenny’ approach would mean engaging with the large-scale tourism operators. However, a large part of the project is about providing what the visitor wants.

“I think the Piltown Municipal District is in a particularly good area to provide a lot of options,”said Ms Mulholland.

“It's about how you develop that.”