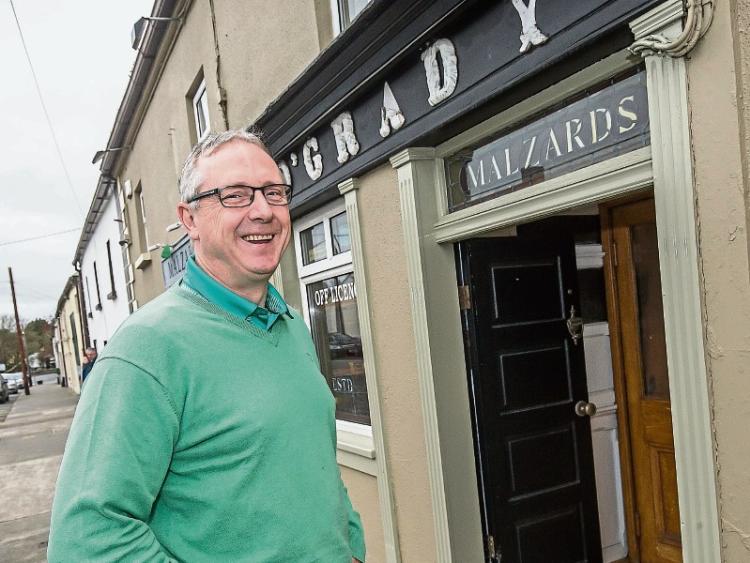 A community working in harmony to make life better for everyone, a thriving cafe, a centuries old pub with a love story to rival any Mills & Boons novel and a great grocery store, all backed up by a fit-for-purpose community centre which is the axle around which everything else spins successfully. That's what makes Stoneyford hum, writes Sean Keane.

The catalyst for the explosion of activity in Stoneyford is the community centre. Built originally in 1993, it was refurbished to a high specification a few years ago and is in constant use. The splash it caused has created waves of positivity and prosperity rippling through the community.

Located next to the playing fields, a walk and ‘playground, it provides Stoneyford with its buzz.

Every morning and evening it is bursting with various sporting, cultural and fitness related things endeavours.

On Wednesday morning I walked in and a group of women were in the middle of a fitness class while upstairs, going at a more sedate pace, a number of women were in stitches at their weekly sewing class.

It may have lost its post office but the garda station is providing a life line and while it is not manned 24 hours day it is used by the Thomastown based officers for meetings with locals and there is hope, an anticipation, that a garda might be appointed back into Stoneyford.

The pub, run by the Malzard (O'Grady) family since 1798 is also crucial to what is a success story in terms of authentic rural development.

Donie Butler, chairman of the Tidy Towns committee in Stoneyford is among other things, PRO of the village development association and on the local historical and heritage society.

He puts things succinctly - “Stoneyford is the gate way to mid-Kilkenny with Jerpoint Abbey, Jerpoint park, Stoneyford, Knocktopher Abbey, Kilree round tower and right next to the village, Mount Juliet.

“And unlike other places in rural Kilkrnny, the motorway has been a huge benefit to the village,” he said. Donie explained that the Danesfort exit brings people straight into Stoneyford on their way through Stoneyford to Mount Juliet or to any of the historic sites.

“Before the motorway, they used to exit the old N9 at Paulstown and bypassed us but now we have them and all we need now is a service station to cater for their petrol needs and we will be in a better place.”

He is full of wonderful ideas and many are going to come to fruition.

Stoneyford oozes appeal and Jennifer Bay runs the welcoming Jen's cafe in the centre of the village where everything is made fresh and where she has developed a thriving business.

And as I sat in Jen's with Donie Butler and Fred Malzard of Malzard's pub, the women who had been doing the exercise class in the community centre, came in for a coffee.

Fred and Donie agree the that new multi faceted community centre has made the difference.

With walking track and bordered by a lovely stream, it is an excellent location and the only problem now is welcome one, finding room for the cars of all the people using it.

There are no problems here with broadband and all round Stoneyford there are interesting and employment giving enterprises like The Kings River Community Project, the award winning, Lawcus Farm B&B, Sheridan's wonderful pub closeby in Ennisnag, stud farms and a number of successful small industries and businesses.

Fred Malzard is the fifth generation of his family to run Malzard's pub in the centre of the village.

It has nooks and crannies, old photos and lots of character and charm.

It's place you could imagine

sneaking into late in the evening, sipping a pint and chatting.......

Anyway, our story on Malzard's begins in the late 1700s

Fred's great, grandmother along with her sister, ran two hotels, one in Stoneyford and the other on the quays in Waterford.

They were both called the Lamp Hotel and one evening in the month of May 1878, a sailor from the Channel Islands, walked in the door of the Waterford city hotel and Fred's ancestor fell madly in love for the sea faring, good looking foreigner.

They moved to Jersey where unfortunately a number of years later she died and later Fred's Grandad Alfie returned to Stoneyford and attended St Kieran's College as a Boarder.

Once finished in Kieran's he took over the Family Business which is now flourishing in the village of Stoneyford the family have been there ever since.

The Malzard's are an anchor for the people of the village, they provide a sense of continuity which everyone appreciates.

It is not easy to survive in a country pub and Fred depends on bus tours from April onwards to make ends meet.

Malzard's Pub is a hive of activity throughout the summer months with tourists flocking there ever evening of the week to enjoy the entertainment and the ambiance.

Principal of the village primary school, Pádhraic Ó Móráin is continuing a fine tradition of education at Scoil Chiaráin Naofa.

The new extension has been completed and there is a fun environment which is a great reflection of the teaching staff in what is another success story.

There is a plaque on an inside wall of the community centre in honour of the late John Walsh who passed away in 1993.

A former chairman of Stoneyford Development Association, he is thankfully, still remembered. Others have taken up the mantle, to name them and leave one out, would cause offence - Everyone knows who the motivators-workers are in this place. And leading global anthropologists have finally woken up to what people in Stoney; have always known, the more integrated you are in your community, with more human inter-action, the longer you live.

And the latest incarnation of the centre should be used as a role-model for any new centre planned. It is totally integrated into the community, in the thick of things.

The residents of the new estates in the village, Chapel View and Lawcus Fields are part of the success story, especially since their children started going to school.

Again, the proximity of all services is a huge addition

There are great people everywhere and sometimes, they are taken for granted. Willie Walsh operates the village shop and his resilience shines through, having come through tough times during the recession.

He deserves every bit of support he receives and I always call to him when I pass through the village and let's hope that everyone in the village and environs is conscious of the importance of his shop and what it means to the life and soul of the village.

Lawcus Farm is a superbly renovated stone farm house which offers its guests luxury and tranquillity. It has received rave reviews on TripAdvisor and has brought even more people to the village and many of them return.

Donie Butler's next project is the construction of homes for the elderly in the village - Watch this space.