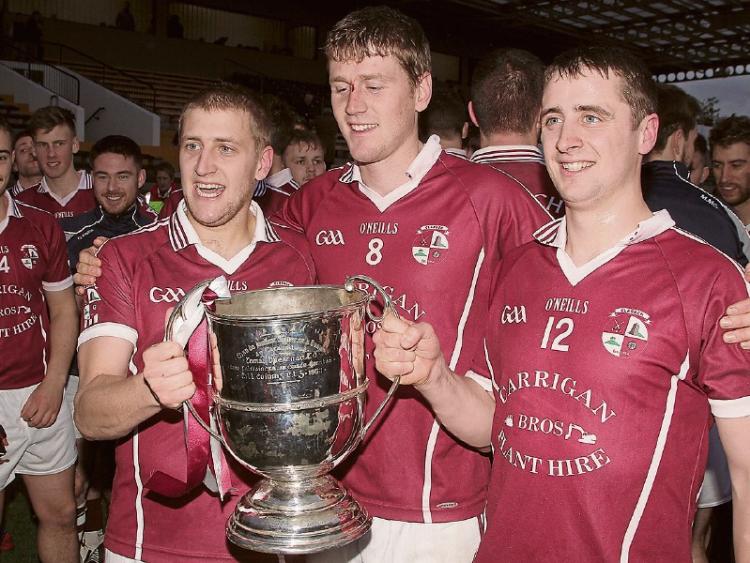 Kilkenny's All Ireland winning, senior hurling captain from 2014, Lester Ryan of Clara GAA club married his sweetheart, Niamh O'Donoghue from Drakelands, Kilkenny at the intimate Tabernacle Chapel, underneath St Mary's Cathedral, in the centre of the city this evening.

The notoriously shy young couple only got engaged last week and kept the nuptials today a secret from everyone except their immediate family.

However Lester won't have much time for a honeymoon as he is playing for Clara in the first round of the Kilkenny senior league on Friday evening against Danesfort in Bennettsbridge.

Niamh plays camogie with the Dicksboro club and is a daughter of hurley maker, Tom O'Donoghue and his wife Margaret.

She has two brothers, Eddie and Enda, who will be involved with Dicksboro in their opening senior hurling league match on Sunday.

Lester and Niamh are both aged 28 and have been going out for years.

Lester's brothers, Liam and Tom were by his side at the ceremony and the wedding party are having a meal this evening in a city premises.

The ceremony was tinged with sadness as Lester's father, Johnny was killed in a farm accident in early 2015 but his mother Lily was there with the rest of the family supporting her.