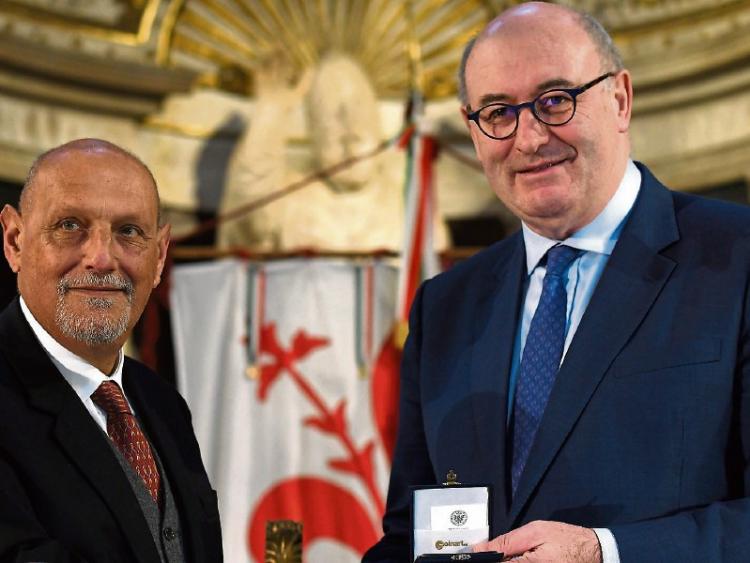 Kilkenny man, Phil Hogan, European Commissioner for Agriculture and Rural Development, was recently inducted as a member of the Italian Academy of Agriculture (Accademia dei Georgofili).

He is pictured receiving the Membership of the Academy from its President, Mr Giampiero Maracchi.

The Tullaroan native is the first Irishman to be inducted as a Member of the Academy, the oldest and most prestigious agronomic institution in Italy.

The Georgofili Academy was established in Florence in 1753. The academy is best known for promoting, amongst scholars and landowners, the study of agronomy, forestry, economy, geography and agriculture.

It counts amongst its membership the foremost leaders in the Italian world of agriculture and food.

Commissioner Hogan received the honour on the occasion of the opening of the 264th academic year in Florence, where he gave a keynote speech on the future of the EU Common Agricultural Policy (CAP).