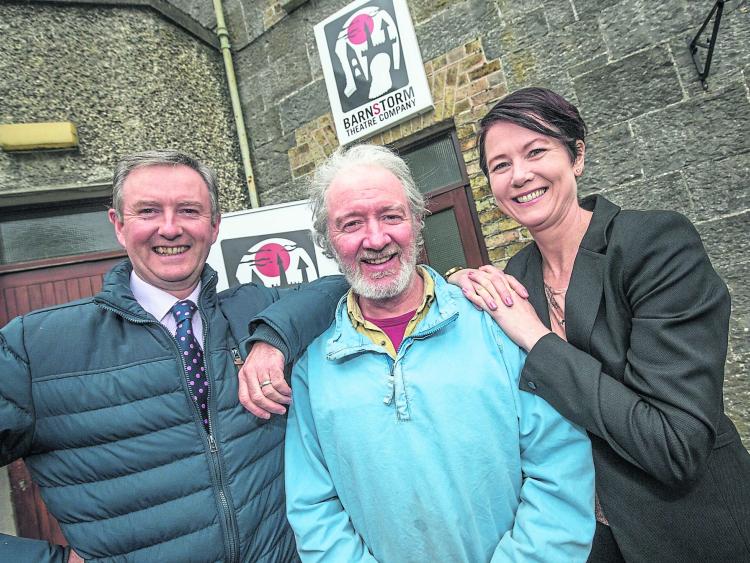 Barnstorm Theatre Company’s ‘Become a Friend’ initiative was launched last weekend by their newly-appointed Company Administrator and Head of PR, Cathy Hogan, who was the box office manager at the Kilkenny Arts Festival, and several other prestigious arts organisations.

A large number of locals and businesses were invited to offer their support for Barnstorm, which, since its creation in 1991, has welcomed over 550,000 children and young people to see their productions.

“Like most arts organisations our funding has been drastically cut over the last number of years, so we hope to bridge the gap by reaching out to the people and businesses of Kilkenny,” Cathy Hogan said.

“When I joined Barnstorm, which has been a gift to Kilkenny for over 25 years, I made it my first priority to reinstate the Friends scheme, which had been so successful in previous years.”

Barnstorm creates and presents professional theatre of the highest standard for children and young people, and their show for age 4-7 years, Monday’s Child, is currently on an extensive UK tour. But the theatre company is also an invaluable resource organisation, using theatre and drama as a participative, personal development process for youth and local community groups, through its Youth Theatre, Adult Theatre Club and a community, schools and youth outreach programme.

Their Youth Theatre production of A Midsummer Night’s runs from April 27 to 29 and The Barn Owls Players will perform Big Maggie from May 10 to 13, both in Barnstorm’s very own venue, The Barn.

Barnstorm’s board member, Councillor Malcolm Noonan, said at the launch he had discovered ‘the magic of Barnstorm and the benefits of theatre exposure to young audiences through my own children’s attendance over the years.’

“And from the board’s perspective, the Friends initiative is a great opportunity for us to share the Barnstorm experience with the broadest audience possible,” he added.

Barnstorm is a not-for-profit arts organisation and a registered Charity, which is primarily funded by an Arts Council grant (YPCE – Young People, Children and Education) and a small annual grant from Kilkenny County Council.

John Hurley, CEO of Kilkenny Chamber of Commerce “It is so important for businesses here in Kilkenny to support each other and Barnstorm does vital work for our children and young people.”

If you are interested in becoming a Barnstorm Friend, phone Cathy on 056 7751266 or email cathy@barnstorm.ie Further information can be got at .ie/friends