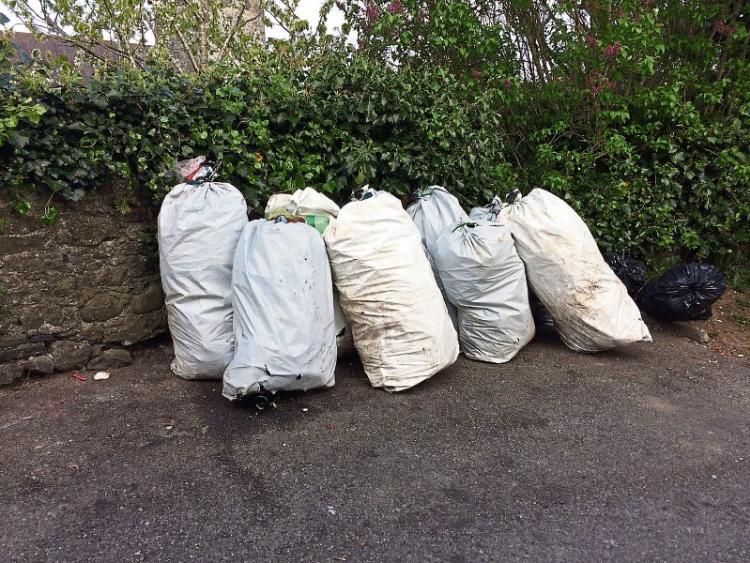 Last night eight industrial size refuse bags were left by the old City Wall at the Abbey Street car park across the road from one of the city's main tourist attraction, The Black Abbey.

The photo was taken at 7am this morning by a concerned citizen who has witnessed a huge increase in the amount or rubbish being left around the centre of the city.

“This was organised and it took a lot of effort to place eight bags of this size in the car park. They are three times the size of the average black refuse sacks used by householders,” the woman said.

She has asked Kilkrnny County Council and the gardai to check CCTV cameras to see if those responsible can be identified.